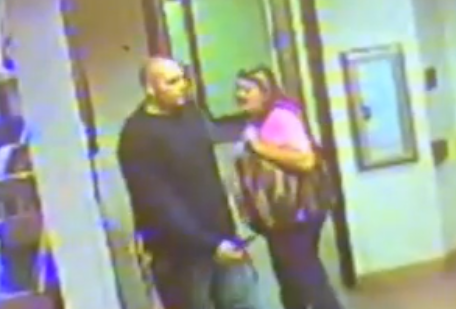 The Roman Catholic Diocese of Tucson is asking the public for help regarding the theft of chalices from three churches this month.

At Our Mother of Sorrows, the chalice was a gift to the Rev. Marco Carrasco on his ordination day from his parents.

“This type of crime strikes at the very center of the Catholic faith; these chalices are central to the celebration of Mass,” said John Shaheen, director of property and insurance for the diocese.

“The value of some of these chalices is intrinsic, in that they belong personally to the priests at the parish, or perhaps they have been part of the church’s ministry for decades and have significant meaning,” Shaheen said.

In addition to two chalices being stolen from St. Pius X, a paten was also taken. The paten is a small, circular metal plate used to hold unconsecrated communion wafers. The items were last seen March 7, Koeneman said.

Below is a video released by the Diocese of Tucson of two “persons of interest” being sought in connection with the thefts.

March 25, 2015 Number of priests, permanent deacons worldwide continues to grow
Browse Our Archives
get the latest from
Catholic
Sign up for our newsletter
POPULAR AT PATHEOS Catholic
1