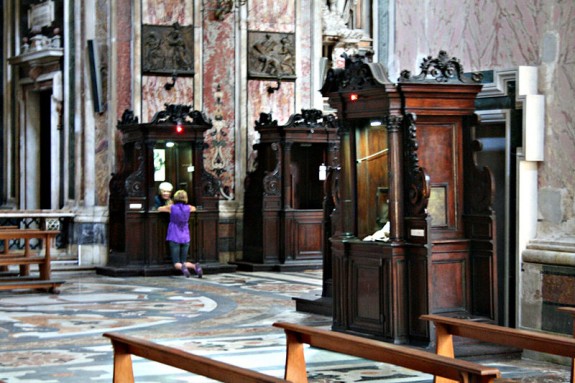 Laura Alari writes for Quotidiano Nazionale, which is headquartered in Bologna. She authored a series of four articles in the newspaper which disclosed the responses of priests in the area when she approached them under the pretext of seeking Confession.Alari went to Confession several times, inventing delicate issues for herself: she pretended to be a lesbian mother asking to baptize her daughter; a woman who cohabitates with her same-sex partner; and a divorced and civilly remarried woman who receives Communion every Sunday.She then reported the responses of priests when they heard her “confessions.”Cardinal Carlo Caffarra of Bologna responded with a statement March 11: “In bewilderment at the incident and with a soul wounded by a profound sorrow, I mean to reiterate that these articles objectively constitute a grave offense against the truth of Confession, a sacrament of the Christian faith.”He said Alari’s articles “show a grave lack of respect for believers, who have recourse to it as one of the most precious of goods because it opens up to them the gifts of the mercy of God; and for confessors, by exposing them to the doubt of a possible deceit, which can disrupt the freedom of judgement, which is founded upon a relationship of trust with the penitent, like that between a father and son.”The cardinal emphasized that Alari’s articles were written by “deliberately tricking the confessor and thereby violating the sacredness of the sacrament, which as a first condition requires sincerity of contrition on the aprt of the penitent.”Cardinal Caffarra recalled that the publication of the contents of a confession is among the most grave crimes in the Church, which are under the direct competence of the Congregation for the Doctrine of the Faith.

March 14, 2015
O happy fault: living with a deacon at Easter time
Next Post 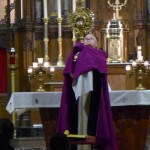 March 14, 2015 Stations of the Cross and Benediction together?
Browse Our Archives
get the latest from
Catholic
Sign up for our newsletter
POPULAR AT PATHEOS Catholic
1

Reading Pacem in Terris, Part II
This post is the continuation of my ruminations on Pacem in Terris...
view all Catholic blogs
Copyright 2008-2020, Patheos. All rights reserved.