From The SF Weekly:

There’s a new contender in the faith-fueled fight between Archbishop Salvatore Cordileone and parents, students, and teachers of local Catholic schools. Media relations heavyweight Sam Singer is now representing the embattled Catholics of conscience in the holy war of public relations. 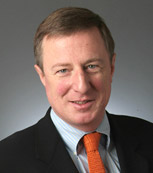 Cordileone describes the teachers as “ministers” of the church’s principles. This is no surprise to critics of Cordileone, who drew fire for his strident campaigning in support of California’s Proposition 8, the ban on gay marriage, which was later overturned in court.

In the LGBT-friendly Bay Area, one would think countering the maligned archbishop would be a slam dunk. God only knows why the schools needed Singer, a hired gun with ammo to spare

Singer is the man who, when a tiger killed a boy in SF’s zoo, shaped hearts and minds to sympathize with the tiger. After a Chevron refinery exploded, raining ash upon thousands of soon-choking residents in the city Richmond, Singer started his own newspaper hoping Richmond’s denizens would start inhaling pro-Chevron messages.

He also was the subject of SF Weekly‘s Aug. 26 cover story, “Trust Me: Who Are You Gonna Believe, Sam Singer, or Your Own Eyes?” It’s a must-read, if only for its forecasting of how the battle with Cordileone is likely to play out. 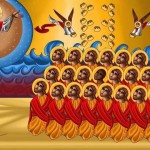 March 1, 2015
The lives they lived: meet the Coptic martyrs of ISIS
Next Post

March 1, 2015 Boom: with seminarian numbers surging, one diocese launches a capital campaign to support them
Browse Our Archives
get the latest from
Catholic
Sign up for our newsletter
POPULAR AT PATHEOS Catholic
1