Minnesota gets a married priest 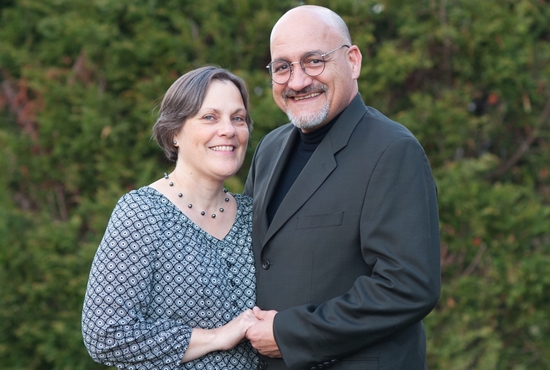 Vaughn Treco, a married man, grandfather of two and former Anglican priest, has received the approval of Pope Francis to be ordained to the Catholic diaconate and priesthood in early May.

His ordination as a Catholic priest who is married is allowed as an exception to the normal requirement for celibacy.

Upon ordination, Treco will serve within the geographic boundaries of the Archdiocese of St. Paul and Minneapolis as a member of the Personal Ordinariate of the Chair of St. Peter as the priest for a community of former Anglicans.

The small community of 10 people worships on Sundays at Holy Family Church in St. Louis Park. Called the Society of St. Bede the Venerable, they have been under the care of Benedictine Brother John-Bede Pauley of St. John’s Abbey in Collegeville.

“They’ve been functioning as a society,” Treco told The Catholic Spirit, “and my task is to grow it into a parish.

“I love church planting,” he added. “I’ve done this work before.”

Treco, 52, will be ordained to the transitional diaconate with other transitional deacons from the St. Paul Seminary by Archbishop John Nienstedt at 10 a.m. May 2 at the Basilica of St. Mary in Minneapolis. Bishop Andrew Cozzens will ordain Deacon Treco to the Catholic priesthood at 1:30 p.m. May 3, at Holy Family.

“The more closely I read Scripture, the more it seemed that Catholic Church teaching cohered to Scripture,” he explained.

Born in Nassau in the Bahamas and raised in a deeply religious Plymouth Brethren family, Treco attended an Evangelical seminary in Illinois and graduated with a masters in divinity.

After discovering what he described as discrepancies in Plymouth Brethren teaching, Vaughn and his wife, Norma, joined the Charismatic Episcopal Church. In 1991 he launched and developed the New Covenant Community Church in the Bahamas, an Evangelical church with a mission focused on attracting young, college-educated people to an updated Christian community.

He served on the staff of the Cathedral Church of the King in Olathe, Kansas, where he was ordained in 1997. He was the Charismatic Episcopal Church archbishop’s theologian and director of the seminary until he listened to audio tapes by Scott Hahn, “Answers to Common Objections.”

In an interview on EWTN, he said that after listening to the tapes over a weekend, he asked himself, “If I believe all of these things, why am I not Roman Catholic?”

Photo from The Catholic Spirit

May 3, 2015
Ahead of the Synod, proposing a change for the Sacrament of Penance
Next Post

May 3, 2015 Ordination update: 9 new deacons for Cleveland
Browse Our Archives
Follow Us!