The first Catholic Church in the UAE, St. Joseph’s Abu Dhabi, was opened in February 1965, and March 2015 marked the Golden Jubilee celebrations of the event. The Ruling Family of the Emirate has always been generous and it was their graciousness in donating a piece of land to build a place of worship that thousands of faithful even today can enjoy a place of prayer and sanctuary. 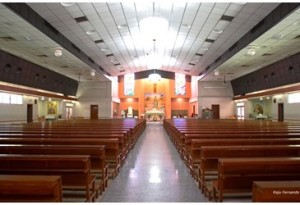 50 years later, yet again the Church in South Arabia experiences the kindness and open-handedness of the Rulers of the Emirates. His Highness Sheikh Nahyan bin Mubarak Al Nahyan, the UAE Minister for Youth, Culture and Community Development will inaugurate the second Catholic Church and its new premises, dedicated to St. Paul in Abu Dhabi’s industrial district of Musaffah,  on Thursday June 11 at 7.30 pm in the presence of Cardinal Pietro Parolin, the Secretary of State of the Vatican, Archbishop Petar Rajic, the Papal Nuncio and Delegate to the Arabian Peninsula and Bishop Camillo Ballin, Apostolic Vicar of Northern Arabia. The Presidential Adviser for Religious Affairs, H.E. Sheikh Ali Al Hashemi is also expected to be present along with other dignitaries, officials of the civil authorities, municipality, consultants and contractors.

This will be followed by the blessing of the Church in a solemn liturgical celebration on Friday, June 12 at 10 am with the Catholic community of Abu Dhabi. Nearly five thousand people are expected to attend. 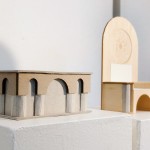 June 2, 2015
Here it is: the winning design for the altar at Washington's papal Mass
Next Post

June 3, 2015 VIDEO: vicar general strums guitar and sings during homily
Browse Our Archives
get the latest from
Catholic
Sign up for our newsletter
POPULAR AT PATHEOS Catholic
1