Pope Francis’ favorability rating in the U.S. has returned to where it was when he was elected pope. It is now at 59%, down from 76% in early 2014. The pontiff’s rating is similar to the 58% he received from Americans in April 2013, soon after he was elected pope.

After Pope Francis was elected the leader of the 1.2 billion-member Roman Catholic Church in March 2013, he attempted to focus the church on a renewed sense of protecting the poor, on interfaith relations and on respecting gay and lesbian members of the church. He was lauded in the American news media, with accolades including Time magazine naming him the Person of the Year in 2013. The next time Gallup asked about Pope Francis, in February 2014, his favorability had swelled to 76%.

In the current poll, conducted July 8-12, Francis’ favorable rating declined, while his unfavorable rating increased to 16% from 9% in 2014. One-quarter of Americans say they have never heard of him or have no opinion, up from 16% in 2014. Now removed from the plaudits of 2013 and the high ratings of 2014, it appears that fewer Americans know enough about the pope to be able to rate him.

The drop in the pope’s favorable rating is driven by a decline among Catholics and political conservatives, two groups that have been ardent supporters of the modern papacy. Seventy-one percent of Catholics say they have a favorable image of Francis, down from 89% last year.

July 22, 2015
Muslims raise over one hundred thousand dollars to rebuild black churches in the South
Next Post 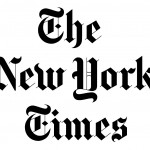