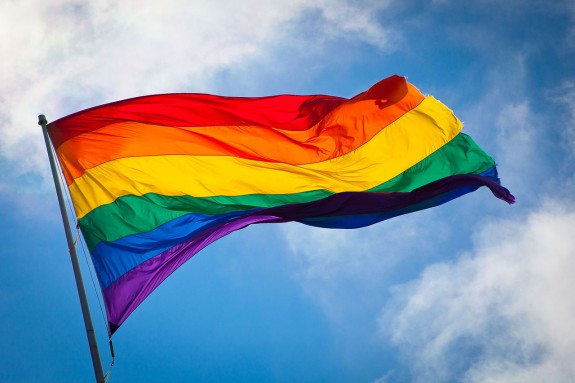 From this morning’s paper:

Lui Akira Francesco Matsuo said he was standing in line for communion one Sunday at his Roman Catholic church in Detroit when a fellow parishioner pulled him aside: Didn’t he know that the archbishop had just urged supporters of same-sex marriage not to take communion?

Mr. Matsuo, who is transgender, left and never returned to his parish. Now, two years later, he is among a large group of gay and transgender Catholics who are seeking a meeting with the pope during his first visit to the United States, in September, pushing him to take a stand on the issues of sexuality and gender that are increasingly dividing Catholics and causing rancor in the church.

“I want him to extend his hand openly, especially to the transgender community,” said Mr. Matsuo, who is 28 and said he has identified as male ever since he was a toddler. “I am a practicing Catholic. I just don’t have a parish I can call home.”The pressure from gay Catholics and their families poses a unique challenge for Pope Francis as he tries to connect with an American church in flux. The hallmark of his papacy has been his pastoral approach to those living in the margins — especially the poor, immigrants and prisoners. But it is unclear whether he includes sexual minorities in his lineup of people in need of justice, and Catholic groups of all kinds are demanding answers, and discussion.

In a formal letter sent to Pope Francis at the Vatican, groups representing gay and transgender people, Catholics, and Hispanics said the church in America was in the midst of a “pastoral crisis” over gay issues and asked to meet with him while he was in the United States. While some American conservatives are eager to see Pope Francis make use of his popularity on this trip to advance the fight against abortion and same-sex marriage, gay Catholics want him to acknowledge their rejection by the church, and to welcome them as full members with equal access to sacraments like baptism and marriage.

A couple points worth making:

Gay Catholics who follow Church teaching—just like all baptized Catholics—already have equal access to all the sacraments, with the notable exception of sacramental marriage between people of the same gender.  But that won’t change. It can’t change. Not gonna happen.

Elsewhere in the article, the reporter notes that the pope “has shown no indication that he intends to lead the church toward changing its teaching that gay people are ‘called to chastity’ and marriage is only for a man and a woman.” What goes unmentioned is that in Catholic teaching all people—gay and straight, married and single—are called to chastity. There are not different standards or expectations for gays from everyone else.

As the catechism notes:

2337 Chastity means the successful integration of sexuality within the person and thus the inner unity of man in his bodily and spiritual being. Sexuality, in which man’s belonging to the bodily and biological world is expressed, becomes personal and truly human when it is integrated into the relationship of one person to another, in the complete and lifelong mutual gift of a man and a woman.

The virtue of chastity therefore involves the integrity of the person and the integrality of the gift.

2349 “People should cultivate [chastity] in the way that is suited to their state of life. Some profess virginity or consecrated celibacy which enables them to give themselves to God alone with an undivided heart in a remarkable manner. Others live in the way prescribed for all by the moral law, whether they are married or single.” Married people are called to live conjugal chastity; others practice chastity in continence:

There are three forms of the virtue of chastity: the first is that of spouses, the second that of widows, and the third that of virgins. We do not praise any one of them to the exclusion of the others. . . . This is what makes for the richness of the discipline of the Church.

2350 Those who are engaged to marry are called to live chastity in continence. They should see in this time of testing a discovery of mutual respect, an apprenticeship in fidelity, and the hope of receiving one another from God. They should reserve for marriage the expressions of affection that belong to married love. They will help each other grow in chastity.

July 28, 2015 A continent loses its only Catholic priest
Browse Our Archives
get the latest from
Catholic
Sign up for our newsletter
POPULAR AT PATHEOS Catholic
1