A cardinal who is a child of divorce sheds light on the Synod August 11, 2015 Deacon Greg Kandra

Here’s a fascinating conversation with Cardinal Christoph Schönborn, the archbishop of Vienna and the president of the Austrian Bishops’ Conference. Cardinal Schönborn is perhaps best known as the editor of the Catechism of the Catholic Church. He is also a member of the Council of the General Secretariat of the Synod of Bishops and will attend the ordinary synod that will be held Oct. 4-25.

You have spoken of the trauma you experienced as a child when your parents divorced, and you expressed your hope that the ordinary synod not only will call for mercy for divorced-and-remarried Catholics, but also for the children who have suffered from family breakups. 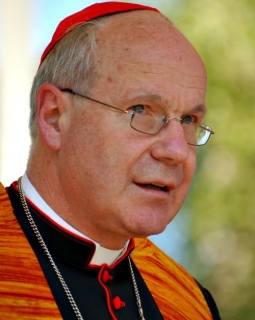 It is so obvious that the first victims of divorce are always the children, because the parents are their parents. They have not only a father, but also a mother. They have a mother, but also a father. If they separate, something is always broken in the life of the child.

…And if we speak about mercy for those who are remarried, we must also speak about those who are left alone. Pope St. John Paul II, in Familiaris Consortio (The Role of the Christian Family in the Modern World), has a very moving passage about abandoned spouses, who suffer from that situation, existentially and economically.

I always insist on the pastoral accompaniment of people who have divorced and remarried, but also those who remain alone after a divorce, very often homeless, in great economic troubles and in solitude. They need the Church’s attention.

There is a third point, which the Catechism mentions, and this is almost absent in all our discussions: the tremendous harm that divorce inflicts on our society.

Recent media coverage of the upcoming Ordinary Synod of Bishops on Marriage and the Family has given the impression that some bishops from northern Europe may challenge Church teaching on marriage and provoke conflicts with other bishops who want Catholic doctrine and pastoral practice on marriage to remain as it is. Is this a fair characterization, or would you like to correct the record?

The European Churches are not a bloc. There are very different situations in each European country. Many Polish bishops may not have exactly the same view as many German bishops. But, generally, I have the impression that we are victims of the typical media necessity of putting everything in black and white. There are no nuances.

I think it is necessary and healthy that all these questions on marriage and family are discussed openly and honestly. We should not be afraid of this.

But I am also convinced that the positions present in the Synod are not so wide apart as the media suggests.

There’s much more. I encourage you to read it all. 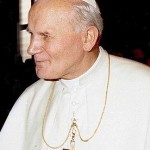 August 11, 2015
Great moments in journalism: is the pope Catholic?
Next Post 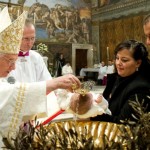 August 11, 2015 Italian priest offering couples a "baby bonus"
Browse Our Archives
get the latest from
Catholic
Sign up for our newsletter
POPULAR AT PATHEOS Catholic
1