One of the Roman Catholic Church’s most senior clergymen was arrested last week for driving under the influence during a trip to Hawaii.

The Hawaii Tribune-Herald reported Monday that 79-year-old Cardinal William Joseph Levada, of Menlo Park, California, was stopped at about midnight Thursday in Kailua-Kona on the Big Island after a patrol car saw him swerve. 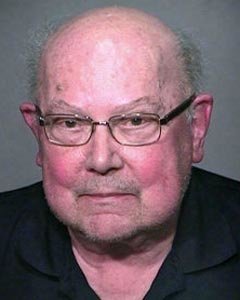 Levada, formerly the highest ranking American official in the Vatican, was charged with driving under the influence and was released from police custody after posting $500 bail.

In a statement emailed to The Huffington Post by a spokesman for the Archdiocese of San Francisco, Levada said, “I regret my error in judgment. I intend to continue fully cooperating with the authorities.”

Levada, the former archbishop of Portland and San Francisco, was reportedly vacationing with other priests on the Big Island when the arrest occurred.

When asked how the archdiocese handles situations like this, spokesman Michael Brown said that in this specific case, “‘punishment’ is not a factor.”

“Speaking generally at all levels of the organization, such things would be looked at on a case-by-case basis,” he wrote in an email to HuffPost. “Where a lapse in judgment occurred, the matter would probably be considered less serious. If the matter seemed to indicate a more serious problem, this would be treated more seriously.  This would be true at all employee levels.”

August 25, 2015 Phil Hartman: "Our faith prepares us for what lies ahead"
Browse Our Archives
Related posts from The Deacon's Bench