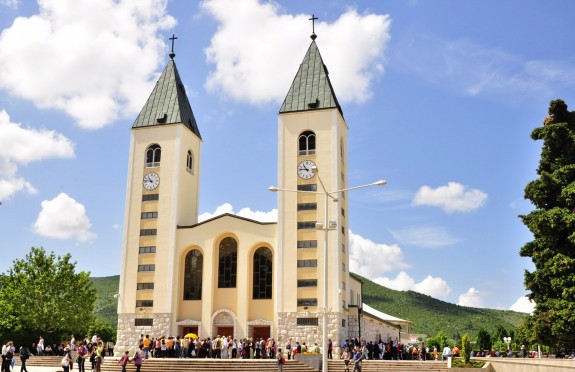 Soon the Vatican is expected to make public the findings of its own investigation into the reported apparitions, which was concluded 18 months ago. Though the inquiry was started by Francis’ predecessor, Benedict, if the conclusions are doubtful, as some speculate, they could pit a populist pope against a popular shrine.

At the very least, many here fear, theVatican’s ruling could upend what has become a thriving local industry around the claims. They have made Medjugorje (pronounced mehd-JOO-gor-ee-yeh) an enormously popular religious destination, transforming this once-poor village of rustic stone houses into a beehive of hotels, prix fixe menus and souvenir shops catering to more than a million visitors a year.

Already, since the pope announced in June that a decision was imminent, the numbers of Italians — once the bulk of the pilgrims here — have fallen by half.

“Whatever the verdict turns out to be, this wait is creating a state of uncertainty for the pilgrims, and that affects the season,” said Sante Frigo, an Italian married to a pilgrim guide in Medjugorje.

“From the point of view of the pilgrimage supply chain,” he added, “it’s been a catastrophe.”

Faith aside, for the residents of a town that once barely survived on tobacco plantations and vineyards, the claims of apparitions have been an irrefutable blessing.

Millions of believers have found spiritual solace in Medjugorje, with dozens of reports of miraculous healings, conversions and religious callings, as pilgrims are drawn here by the promise of the immediacy of the divine.

“All Christians know that God can appear at any time,” said Antonio Socci, a journalist and author who covers the Roman Catholic Church. But he added, “experiencing a supernatural event that’s ongoing and in the here and the now” is what has lured so many.

Even so, the reported apparitions have also fueled controversy, in large part because of their duration, and clockwork regularity. Though the church has recognized many dozens of apparitions of the Virgin Mary in the course of its history, rarely have such claims lasted as long. 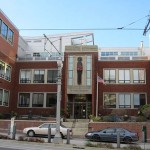 August 27, 2015 Turnabout: After backlash, Oregon school reverses policy on hiring gays
Browse Our Archives
get the latest from
Catholic
Sign up for our newsletter
POPULAR AT PATHEOS Catholic
1

Gregory of Narek - A Doctor of Poetry...
If you were to worship in an Armenian Rite church this weekend...
view all Catholic blogs
Copyright 2008-2020, Patheos. All rights reserved.