The hippos, kangaroos and penguins adorning the cover of Piccolo Uovo (Little Egg) give little hint of the political and religious storm the children’s book has caused. While following the adventures of an egg may seem harmless enough, its discovery of different family types – including same sex – has prompted a backlash by conservatives who accuse Italian author Francesca Pardi of promoting a pro-homosexuality gender theory. 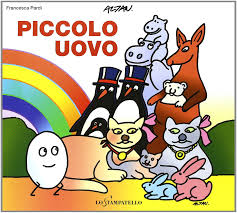 In the book, the egg encounters a pair of gay penguins, lesbian rabbits successfully bringing up a family, as well as other family models, including a single parent hippo, a mixed race dog couple, and kangaroos that have adopted polar bear cubs.

The book, however, was met with disapproval by Venice’s new mayor, Luigi Brugnaro, who in June banned Piccolo Uovo and about 50 other titles from schools. The decision led more than 250 Italian authors to demand their own books be removed from the city’s shelves, a move one writer described as a “protest against an appalling gesture of censorship and ignorance”.

Now Pardi has found an unlikely supporter in Pope Francis, who through his staff has written to the author praising her work. “His holiness is grateful for the thoughtful gesture and for the feelings which it evoked, hoping for an always more fruitful activity in the service of young generations and the spread of genuine human and Christian values,” wrote Peter B Wells, a senior official at the Vatican secretariat of state.

The letter, dated 9 July and recently seen by the Guardian, was a response to a parcel of children’s books sent by Pardi to the pontiff in June. The collection from her publisher, Lo Stampatello, including seven or eight books which deal with lesbian, gay, bisexual and transgender issues (LGBT), was accompanied by a heartfelt letter from the author describing the attacks she has come under in recent months.

…Pardi said she had not expected a reply and was surprised to receive the letter at her Milan home. “It’s not that I think that he’s for gay families, because there’s the Catholic doctrine, but we mustn’t think that we don’t have rights,” she said.

The Vatican said the closing blessing of the private letter was addressed to Pardi and not in support of teachings which went against church doctrine on ‘gender theory’. 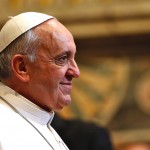 August 28, 2015 New rector named to replace Robert Barron at Mundelein
Browse Our Archives
get the latest from
Catholic
Sign up for our newsletter
POPULAR AT PATHEOS Catholic
1