The TV legend died today at 80:

Mary Tyler Moore, the Oscar-nominated actress best known for her roles in the television sitcoms “The Mary Tyler Moore Show” and “The Dick Van Dyke Show,” has died. She was 80.

“Today, beloved icon, Mary Tyler Moore, passed away at the age of 80 in the company of friends and her loving husband of over 33 years, Dr. S. Robert Levine,” her publicist, Mara Buxbaum, told ABC News. “A groundbreaking actress, producer, and passionate advocate for the Juvenile Diabetes Research Foundation, Mary will be remembered as a fearless visionary who turned the world on with her smile.”

Moore’s portrayal of the single career woman Mary Richards in her eponymous 1970s show arrived alongside the Women’s Movement, making her a role model for generations of women, even though Moore didn’t consider herself a feminist. The show, which centered on Richards’ work as a producer in a fictional Minneapolis newsroom and her life as a single woman, earned 29 Emmy Awards, the most for any scripted series until “Frasier” won its 30th Emmy.

Moore herself earned a total of six Emmy Awards, four of them for “The Mary Tyler Moore Show.” She won her first Emmy for her breakthrough role of Laura Petrie in “The Dick Van Dyke Show, and in 1993, she won her sixth for the television movie “Stolen Babies.”

She was born and raised Catholic in New York, according to Wikipedia:

Moore was born in the Brooklyn Heights section of Brooklyn, New York, to Marjorie (née Hackett) (1916–92) and George Tyler Moore (1913–2006), a clerk. The oldest of three children (her siblings are John and Elizabeth), Moore and her family lived in Flushing, Queens. Her paternal great-grandfather, Lieutenant Colonel Lewis Tilghman Moore, owned the house which is now Stonewall Jackson’s Headquarters Museum. When she was eight years old, Moore moved with her family to Los Angeles. She was raised Catholic, and attended St. Rose de Lima Parochial School in Brooklyn, Saint Ambrose School in Los Angeles, and Immaculate Heart High School in Los Feliz, California.

What a talent. What a life. Rest in peace, Mare.

Below, one of the most sublime pieces of comedy ever shown on American television: the funeral of Chuckles the Clown from “The Mary Tyler Moore Show.” I don’t think Mary would mind if we watched and laughed again. 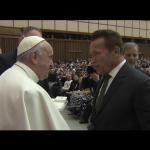 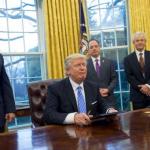 January 25, 2017 Netherlands moves to counter Trump abortion funding ban
Browse Our Archives
get the latest from
Catholic
Sign up for our newsletter
POPULAR AT PATHEOS Catholic
1