‘It brought tears to my eyes’: the heartfelt message of a priest from Buffalo

‘It brought tears to my eyes’: the heartfelt message of a priest from Buffalo March 24, 2018 Deacon Greg Kandra

A pastor was stunned to learn that his mentor, a man he loved and admired, was on a list of priests accused of abuse; he felt moved to post this message outside his parish. 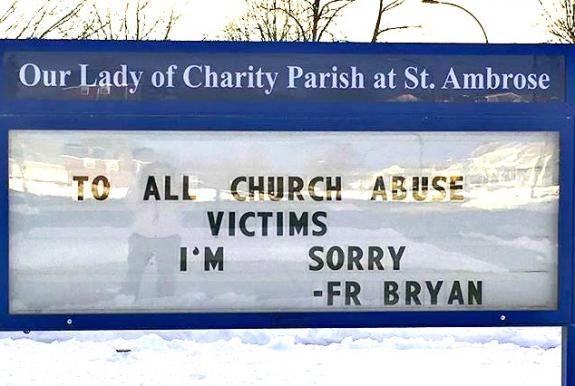 Many in Buffalo are reeling from the list of names that has been released.

Catholics in Western New York have had less than a month to digest the re-emergence of the priest sexual abuse scandal, and less than a week to come to terms with the list of names released by the Buffalo Catholic Diocese of priests accused of misconduct.

And it’s not easy.

Some are resolute: “I’d never leave the church and certainly not over an issue like this,” said Jen Krey of Clarence. “If anything, this makes me feel like the church needs faithful Catholics now more than ever to get involved and make sure that the ones responsible for this are purged from the church.”

But others, even those who serve in religious orders, are struggling.

“I feel a confusion, a disappointment, even an anger, and then I take it to prayer and I pray that I may have a forgiving heart. And again it comes to mind, Who am I to judge?” said Sister Mary Johnice Rzadkiewicz, who runs the Response to Love Center on Kosciuszko Street.

…The Rev. Bryan Zielenieski, pastor of Our Lady of Charity at St. Ambrose, was not only distressed, he was shocked when he learned the Rev. Roy K. Ronald was on the list.

Zielenieski, raised in Arcade, was a senior in high school when Ronald was transferred to two Arcade parishes in 1992.

“I’m very torn. One of the priests, Father Roy Ronald, served as an inspiration to me,” he said. “He’s one of the reasons I became a priest.”

Zielenieski felt so strongly about the issue that he was moved to place a sign outside his church: “To all church abuse victims I’m sorry, Fr. Bryan.”

“I had a lot of people say that ‘It brought tears to my eyes.'” he said. “At my parish, people are asking me how I am doing.” 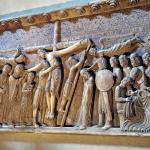 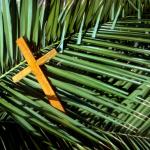 March 24, 2018 Hymn of the Week: 'The Palms'
Browse Our Archives
get the latest from
Catholic
Sign up for our newsletter
POPULAR AT PATHEOS Catholic
1