An online petition is calling for that—and it’s reportedly garnered thousands of signatures:

Thousands have signed an online petition calling for a national holiday in honor of the Rev. Billy Graham, WSOC reports.

The Change.org petition, which was started six days ago by user Kyle Siler, had more than 60,736 signatures as of Monday morning and is addressed to President Donald Trump, as well as senators Thom Tillis, Richard Burr and Jerry Tillman. 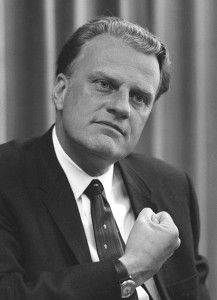 The petition highlighted Graham’s impact on people all over the world:

“Lets get a National Holiday for Billy Graham!! Mr. Graham preached the Gospel to more people in live audiences than anyone else in history—nearly 215 million people in more than 185 countries and territories—through various meetings, including Mission World and Global Mission. Hundreds of millions more have been reached through television, video, film, and webcasts. Mr. Graham’s counsel was sought by presidents, and his appeal in both the secular and religious arenas is evidenced by the wide range of groups that have honored him, including numerous honorary doctorates from many institutions in the U.S. and abroad. Help us with our cause of setting a national holiday to remember this great man.”

Read more. I can’t imagine this is going to get much traction. But you never know. 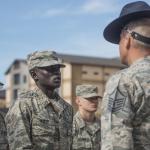 March 5, 2018
'It is a miracle': The incredible story of a former slave and Olympic athlete who has joined the Air Force
Next Post 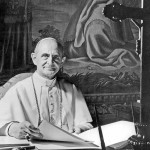 March 6, 2018 Report: Paul VI canonization set for October
Browse Our Archives
get the latest from
Catholic
Sign up for our newsletter
POPULAR AT PATHEOS Catholic
1

A Cure for Paralysis: Spiritual Friendship
A nun who is a long-time friend of mine wrote me an...
view all Catholic blogs
Copyright 2008-2020, Patheos. All rights reserved.