‘Young Catholics are interested in our Catholic heritage’—including the rosary 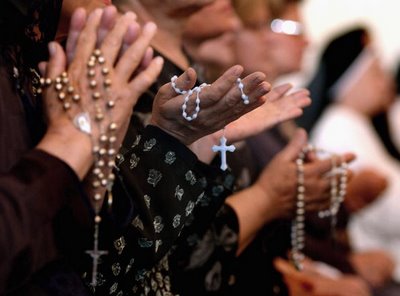 A surprising report from a secular source, The Telegraph:

Young Catholics are returning to the traditional rosary as they react to “technological advances”, the organizers of a new event have said.

John Mallon, 27, said 20,000 people are expected to take part in a Rosary on the Coast event on Sunday afternoon throughout the British Isles across 350 locations.

“Young Catholics are increasingly interested in our Catholic heritage and patrimony,” he told the Sunday Telegraph.

“Personally I believe young people crave stability in a world that often changes quicker due to technological advances.”

“The timeless traditions of the Church – an inheritance of 2000 years –  is not something to gather dust but are to be at our disposal for us to grow spiritually.

“In this regard the rosary is ingrained our Catholic culture and held deeply by young people for its simplicity and depth.”

He said children were leading events at many of the locations and the groups included students who had organised an event on the banks of the Clyde river in Scotland.

Commenting on the event, Professor Stephen Bullivant of St Mary’s University, said the rosary had been in decline but “never completely disappeared”

“Its rediscovery in recent years, especially among younger Catholics who were never brought up with it, is an encouraging sign,” he told the Catholic Herald. 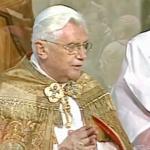 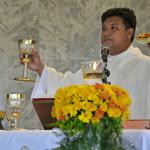 April 29, 2018 Horror: Catholic priest shot dead while blessing children after Mass
Browse Our Archives
get the latest from
Catholic
Sign up for our newsletter
POPULAR AT PATHEOS Catholic
1

Marianne Cope - The power of succession
Fr. Damien of Molokai had served the lepers of Kalaupapa, Hawaii for over...
view all Catholic blogs
Copyright 2008-2020, Patheos. All rights reserved.