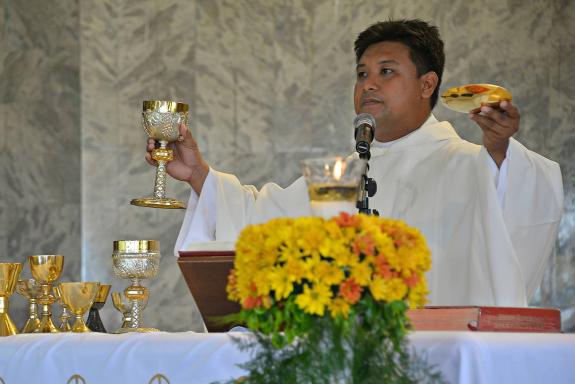 It happened in the Philippines:

Catholic priest known for his anti-mining advocacy was shot dead on Sunday after celebrating Mass in the northern Philippines, police said.

Father Mark Ventura was shot twice in a public gymnasium in the town of Gattaran in Cagayan province, 396 kilometres north of Manila, where the Mass was held.

Ventura, 37, was blessing children and chatting with choir members after the Mass when the suspect shot him from behind, Gattaran police chief Rodel Tabulog.

The shooter, who was wearing a helmet, fled on a motorcycle with another suspect, Tabulog said.

The Catholic Bishops’ Conference of the Philippines (CBCP) condemned on Sunday, April 29, the murder of 37-year-old priest Father Mark Ventura, who was shot dead by riding-in-tandem killers after saying Mass in Gattaran, Cagayan.

“We make our appeal to the authorities to act swiftly in going after the perpetrators of this crime and to bring them to justice,” he added.

“The brazen attack on the 37-year-old Fr Ventura, known for his advocacy against mining and being of aid to indigenous peoples, has no place in our society and under this administration which boasts of prioritizing law and order and brags about reduced crime rates,” Pangilinan said. 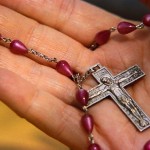 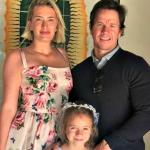 April 30, 2018 Catholic dad: Mark Wahlberg
Browse Our Archives
get the latest from
Catholic
Sign up for our newsletter
POPULAR AT PATHEOS Catholic
1