Must-see video: she suffered a stroke—and now her husband is learning how to style her hair for her

Must-see video: she suffered a stroke—and now her husband is learning how to style her hair for her May 24, 2018 Deacon Greg Kandra

This is just beautiful.

An apprentice at a Texas salon filmed a touching scene of a husband taking a crash-course in hair styling because his wife no longer had the fine motor skills after suffering a stroke, the Houston Chronicle reported.

Raigen Kelley, 19, an apprentice at the Foundry Salon in New Braunfels, Texas, posted the video on her Facebook page.

“Proof that true love really exists,” she wrote. “From products, to the way you hold the brush and dryer…truly one of the best things I have been able to witness in my life.”

The man appeared in the video to be attentive to the stylist’s instructions.

The couple’s son, Steve, said, “My dad has always worked his tail off. He’s never expected or asked for anything. He traveled all the time as a salesman for an electrical company and gave everything he had to his family and his church.”

Just watch below. This, ladies and gentlemen, is love. 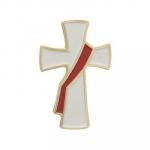 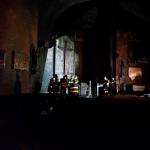 May 24, 2018 Heroes: firemen save tabernacle in New Jersey church fire
Browse Our Archives
get the latest from
Catholic
Sign up for our newsletter
POPULAR AT PATHEOS Catholic
1