After Pennsylvania: ‘It’s really hard to be a Catholic…’

From The New York Times, a story about something so many of us are feeling right now:

John Cabon stood quietly and crossed himself before a statue of the Virgin Mary outside St. Paul’s, the mother church of the Pittsburgh Diocese.

“I keep the faith” said Mr. Cabon, 64, on the way to noon Mass. His sister, he said, had left the faith when explosive revelations of sexual abuse rocked the Roman Catholic Church in 2002. He had refused. “You don’t really believe everything, you know.”

But inside the church, there was no escaping the abuse scandal, which has entered a new chapter after monstrous revelations were released in a grand jury report on Tuesday, describing the abuse of more than 1,000 young people at the hands of hundreds of priests in Pennsylvania.

The priest at St Paul’s spoke of “horrendous and evil acts,” “moral failure” by church leaders, and the “grief, sadness, feelings of betrayal, even anger” that followed. One woman wept silently in her pew.

In Pittsburgh — site of some of the most ghastly acts in the report — and in dioceses around the country, Catholics grappled with the report’s findings.

Some had stayed with the church after explosive revelations of priest abuse over a decade ago, which implicated leaders but prompted promises by the church hierarchy of atonement. And now came descriptions of priests engaged in rape and child pornography for decades, using “whips, violence and sadism,” and in one case joining together in a secret cabal of abusers. Even more painful, the report contained accounts of bishops who had actively defended the accused priests.

“I think right now it’s really hard to be a Catholic,” said John Gehring, the Catholic program director of Faith in Public Life, a national network of faith leaders. “Everywhere you look, things seem to be falling apart.”

The fallout is not limited to Pennsylvania. 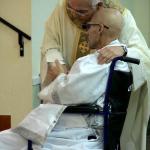 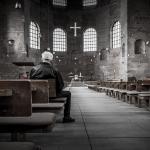 August 16, 2018 USCCB: 'This is a moral catastrophe'
Browse Our Archives
Related posts from The Deacon's Bench