More say they were abused by McCarrick as boys, seminarians

Many of the boys knew one another. They often would travel together with McCarrick on fundraising trips.

Theodore McCarrick, a former D.C. archbishop and cardinal who was defrocked this year amid allegations he sexually abused two minors and sexually harassed seminarians, is facing new accusations that he abused at least seven boys from around 1970 until 1990, according to three sources, including a person with direct knowledge of the claims U.S. church officials sent to the Vatican in January.

In addition, six allegations of sexual abuse by seminarians and former seminarians also were sent to Rome, according to this last person.

In an interview, an accuser told The Washington Post that many of the boys knew one another. They often would travel together with McCarrick on fundraising trips to churches and the homes of donors around the country, where the abuse allegedly would occur. The accuser and his family met McCarrick at a church function when the man was a small child.

As adults, some would speak about their alleged abuse to one another in the barest of terms.

It wasn’t until late last year, however, after allegations involving two other boys became public, that the man said he and other accusers contacted officials. The Post does not identify victims of sexual assault or abuse without their permission.

The man said he and other victims since last year have cooperated with church and civil investigators as well as Vatican officials. After that, he said, he wanted to move on. He was driven, however, to speak out following a recent interview McCarrick gave to Slate in which the onetime fundraising and diplomatic church star denied wrongdoing. 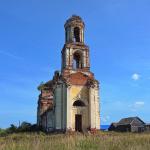 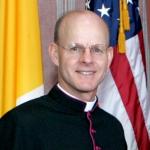 October 17, 2019 Home run: the priest who is headed to the World Series
Browse Our Archives
get the latest from
Catholic
Sign up for our newsletter
POPULAR AT PATHEOS Catholic
1