The bishop is Richard Malone, from Buffalo.

In 2011, Father Art Smith caused a controversy at St. Mary of the Lake school in Hamburg when he sent a Facebook message using the words “love you” to an eighth-grade boy.

The boy’s mother, along with St. Mary’s principal Kristine Hider, took their concerns to the diocese, according to internal diocesan records obtained by 7 Eyewitness News. In one memo, written by the former Catholic schools superintendent, a parent tells school officials that students at St. Mary of the Lake called Smith “The Creeper.” Other documents show school officials said the priest showed signs of “grooming” and “stalking” the young boy.

Hider, the principal, wanted Smith gone from the school and met with Auxiliary Bishop Edward M. Grosz. She wrote that Grosz got up from his seat and said of Father Smith, “I thought he was better.”

Edward U. Kmiec, who was Bishop of Buffalo at the time, suspended Smith from the parish, and documents show officials told parishioners that Smith was taking a “medical leave.”

But documents show the principal reported to the diocese that Father Smith refused to stay away from the school, showing up outside a classroom in April 2012. The principal fired off a letter to the diocese saying, “This man is a predator and a groomer of young children. Something needs to be done…As school principal, I feel the students in grade 8 have been injured and troubled by the actions of this man more than originally thought.”

Hider declined to be interviewed for this story.

But if Smith’s career looked to be in jeopardy then, it would soon get a resurrection – with the arrival of a new bishop in Buffalo in 2012.

Read on. There is much more material at the WKBW website. According to the WKBW investigation, in 2013 Bishop Richard Malone returned the priest to ministry, which led to more incidents and accusations involving “inappropriate remarks and touching.” The WKBW website has documents showing the paper trail of complaints and concerns.

In response to the above investigation, the Diocese of Buffalo issued this statement to the TV station:

“In the case of Father Art Smith, previous issues involving boundaries with minors were carefully and properly addressed. He was eventually given limited faculties at a senior living facility but no parish assignment. It wasn’t until March of this year that an allegation of sexual abuse of a minor was presented and immediately investigated. The claim was never ignored. Father Smith has been on administrative leave since April. At the recommendation of the Diocesan Review Board, Bishop Malone decided to forward Fr. Smith’s case to the Congregation of the Doctrine of the Faith at the Vatican.” 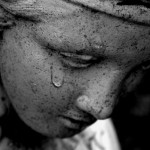 August 22, 2018
'Please have mercy on us priests, because not all of us ordained clergy are monsters...'
Next Post 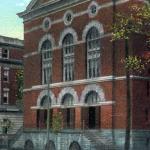