Bombshell: Former nuncio Viganò says Pope Francis covered up for McCarrick, calls on him to resign

From Edward Pentin at the National Catholic Register:

In an extraordinary 11-page written testament, a former apostolic nuncio to the United States has accused several senior prelates of complicity in covering up Archbishop Theodore McCarrick’s allegations of sexual abuse, and has claimed that Pope Francis knew about sanctions imposed on then-Cardinal McCarrick by Pope Benedict XVI but chose to repeal them.

Archbishop Carlo Maria Viganò, 77, who served as apostolic nuncio in Washington D.C. from 2011 to 2016, wrote that in the late 2000s, Benedict had “imposed on Cardinal McCarrick sanctions similar to those now imposed on him by Pope Francis” and that Viganò personally told Pope Francis about those sanctions in 2013.

Archbishop Viganò said in his written statement that Pope Francis “continued to cover” for McCarrick and not only did he “not take into account the sanctions that Pope Benedict had imposed on him” but also made McCarrick “his trusted counselor,” claiming that the former archbishop of Washington advised the Pope to appoint a number of bishops in the United States, including Cardinals Blase Cupich of Chicago and Joseph Tobin of Newark.

Archbisop Viganò, who said his “conscience dictates” that the truth be known as “the corruption has reached the very top of the Church’s hierarchy,” ended his testimony by calling on Pope Francis and all of those implicated in the cover up of Archbishop McCarrick’s abuse to resign….

…The former U.S. nuncio wrote that Pope Francis “is abdicating the mandate which Christ gave to Peter to confirm the brethren,” and urged him to “acknowledge his mistakes” and, to “set a good example to cardinals and bishops who covered up McCarrick’s abuses and resign along with all of them.”

In comments to the media Aug. 26 Viganò said his main motivation for writing his testimony now was to“stop the suffering of the victims, to prevent new victims and to protect the Church: only the truth can make her free.”

UPDATE: Both The Washington Post and The New York Times have tweeted about this story, with the WaPo’s Michelle Boorstein noting that her paper has reporters “in multiple cities” tracking down leads. The New York Times Elizabeth Dias tweets:

Regarding the Vigano letter – impt to keep in mind that Vigano and Francis have been political enemies. Recall when Francis visited US and Vigano invited Kim Davis & then Francis replaced him as ambassador to the US. Plus, release is timed bf Francis addresses press in Ireland.

Meanwhile, there’s some initial reaction — and a denial — from Washington’s Cardinal Wuerl:

Cardinal Donald Wuerl of Washington has denied a report that he was informed about restrictions apparently placed by the Vatican upon his predecessor, Archbishop Theodore McCarrick.

“Cardinal Wuerl did not receive documentation or information for the Holy See specific to Cardinal McCarrick’s behavior or any of the prohibitions on his life and ministry suggested by Archbishop Vigano,” the cardinal’s spokesman, Ed McFadden, told CNA.

UPDATE II: Other news sources are weighing in. You can find coverage at the AP, CBS News and NCR.

Although the Vatican press office said it would have “no immediate comment” on the letter, released by National Catholic Register and LifeSiteNews early Aug. 26, at least several of its claims appear contradicted by the historical record.

McCarrick, for example, was seen celebrating numerous public Masses throughout Benedict’s papacy and continued traveling around the world until the announcement in June that the Vatican had ordered his removal from ministry over an accusation of abuse that had been deemed credible.

Benedict also did not hesitate to act publicly when another cardinal, Scotland’s Keith O’Brien, was accused of improper sexual relationships. In that case, Benedict accepted O’Brien’s resignation and his decision not to attend the 2013 conclave that elected Francis.

Beyond his factual claims, Vigano’s letter is laced as well with ideological claims about other Catholic prelates. He says one, for example, has a “pro-gay ideology” and that another “favored promoting homosexuals into positions of responsibility.”

Rocco has a write-up over at Whispers — check it out — and adds this context on his Twitter feed:

For the record, while most Whispers ops deem explosive dossier attributed to +Vigano as authentic – and are a mix of irate and shellshocked – a couple wonder if it’s a “hoax.”

That said, as even one ranking skeptic put it, ex-US Nuncio has long been “pissed as hell” at Francis. 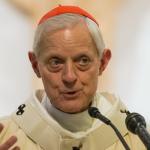 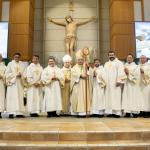 August 26, 2018 Ordination update: 11 new deacons for San Bernardino
Browse Our Archives
get the latest from
Catholic
Sign up for our newsletter
POPULAR AT PATHEOS Catholic
1