This was released yesterday, from the school’s president Jim Towey:

There is nothing new about the rift between Pope Francis and some conservative members of the Church hierarchy. The battle lines seemed to have formed five years ago shortly after the Pope ascended to the chair of Saint Peter. In 2013 in his first major publication, The Joy of the Gospel, the Pope described confreres who “ultimately trust only in their own powers and feel superior to others because they observe certain rules or remain intransigently faithful to a particular Catholic style.” Recently he quoted these same words in a letter to the faithful, Rejoice and Be Glad, and described “false prophets who use religion for their own purposes, to promote their own psychological or intellectual theories. God infinitely transcends us; he is full of surprises.”

Yes, God is full of surprises. But the call for the Pope’s resignation by Archbishop Carlo Maria Vigano’ is not one of them. Neither is the challenge to the Pope’s authority by Raymond Cardinal Burke, an American prelate who has consistently opposed the direction Pope Francis has led the Church on certain matters (and may still be smarting from the Holy Father’s decision to remove him from his prominent position as head of the Holy See’s highest ecclesiastical court). The release of the Archbishop’s manifesto seemed timed to inflict the maximum damage possible to the Pope’s credibility, and the choreographed chorus of support by others in league with them, was just as troubling.

Contrary to the popular narrative, most conservative Catholics are not following suit and embracing their defiance, and certainly not on our campus. Ave Maria University is rightly known for our unqualified fidelity to the Church. We do this not because we are conservative (we are) but because this is the requirement of discipleship. This explains why our students love Pope Francis and support him wholeheartedly. He is the successor to Peter and our spiritual father. He bears the anointing of the Holy Spirit. Conservative Catholics may legitimately disagree with Pope Francis’ take on everything from the environment and capitalism, to marriage and family. Such dissent is healthy for the Church when properly channeled and respectfully communicated. But when Church dissent becomes openly hostile and rebellious, and some members of the hierarchy assert their opinions as if they were elected pope instead of Francis, faithful Catholics like our students will rally to the Supreme Pontiff’s defense.

Pope Francis has admitted that he failed in his own response to the clergy sex abuse scandal and its cover-up. We forgive him. He wasn’t the only one to be charmed by now-disgraced Cardinal Theodore McCarrick; Saints John Paul II and Mother Teresa of Calcutta also knew Cardinal McCarrick personally and were deceived by him, too.

At a time when the Church is roiled by scandal occasioned by so many within the hierarchy who failed us, personal attacks against the Vicar of Christ and calls for his resignation are wildly divisive and patently wrong. Those so-called conservative Catholics who now challenge the Holy Father’s legitimate authority and openly undermine his papacy, are betraying their own principles and hurting the Church they profess to love. They should stop now. 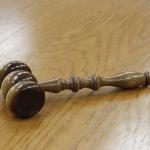 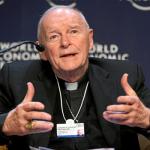 August 30, 2018 Seminarians served as assistants to McCarrick after retirement
Browse Our Archives
Related posts from The Deacon's Bench