Via The Cincinnati Enquirer:

The reference to theology came weeks after Pope Francis strengthened the Catholic church’s opposition to the death penalty, declaring it inappropriate under all circumstances.

Dinkelacker, who is Catholic, did not directly mention the church’s position, but his comments during Kirkland’s sentencing included comments about theology and “the sanctity of life.”

“As a person who morally believes in the sanctity of life, to judge another to determine if the imposition of the death penalty is appropriate is not a duty I take lightly,” he said. “In this great land of America, we live by the rule of law.”

Without it, Dinkelacker added, there would be anarchy where “those not able to protect themselves become prey for those like Kirkland.”

“I took an oath to follow the law and I will do that,” he said. “To do otherwise, is morally, legally, philosophically and theologically wrong.”

Kirkland, 49, killed three women and two teenage girls, a string that ended in 2009. He is serving a life prison term for killing two of the adult women, but a death sentence for killing 14-year-old Casonya Crawford and 13-year-old Esme Kenney was overturned, prompting a new sentencing hearing.

During the more than two-week hearing that started last month, the Vatican changed church policy on the death penalty. In addition to the judge, Hamilton County Prosecutor Joe Deters, who sought the death penalty for Kirkland, also is Catholic.

Deters told The Enquirer the Vatican’s stance was misguided because evil exists in the world and as prosecutor, it was his duty to protect society.

Kirkland, if not put to death, would kill again, Deters said.

After that, the Rev. Paul Mueller, vice director and superior of the Jesuit community at the Vatican Observatory outside Rome, wrote Deters a letter, telling Deters he was disappointed, embarrassed and scandalized that the longtime prosecutor would openly defy the Roman Catholic Church. 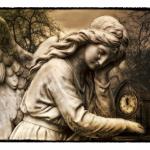 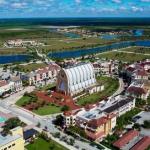