A federal judge in Manhattan on Wednesday overturned the Trump administration’s expanded “conscience” rule, which would have made it easier for the government to punish health care institutions or states and cities with the loss of federal funds if they did not allow workers to object to abortion and other medical procedures on religious or moral grounds.

The rule is part of a broader agenda by the Trump administration, which says it wants to expand protections for the civil rights of health care workers, even as critics say it has weakened civil rights protections for certain patients. President Trump announced the rule last May at a Rose Garden event for the National Day of Prayer.

The judge, in a 147-page opinion, said that the Department of Health and Human Services did not have the authority to impose major portions of the rule and that the agency’s “stated justification for undertaking rule making in the first place — a purported ‘significant increase’ in civilian complaints relating to the conscience provisions — was factually untrue.”

“Where H.H.S. claimed that the rule was justified by complaints made to it, the administrative record reflects a yawning evidentiary gap,” Judge Paul A. Engelmayer of United States District Court wrote.

The department did not immediately respond to a request for comment.

The case was brought by a number of cities and states and two reproductive rights groups that said they were concerned the rule would prevent vulnerable patients from obtaining needed care. The case was one of a series of lawsuits filed around the country objecting to the policy. 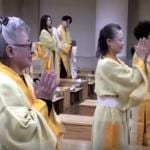 November 6, 2019
The Walking Dead: South Koreans hold funerals for the living
Next Post 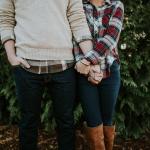 November 7, 2019 Survey: Most Catholics in U.S. say living together before marriage is acceptable
Browse Our Archives
Related posts from The Deacon's Bench