Survey: Most Catholics in U.S. say living together before marriage is acceptable

Most Americans accept cohabitation, even for couples who don’t plan to get married.

As more U.S. adults are delaying marriage – or forgoing it altogether – the share who have ever lived with an unmarried partner has been on the rise. Amid these changes, most Americans find cohabitation acceptable, even for couples who don’t plan to get married, according to a new Pew Research Center survey. Even so, a narrow majority says society is better off if couples in long-term relationships eventually get married.

….Young adults are particularly accepting of cohabitation – 78% of those ages 18 to 29 say it’s acceptable for an unmarried couple to live together, even if they don’t plan to get married – but majorities across age groups share this view. Still, even among those younger than 30, a substantial share (45%) say society is better off if couples who want to stay together long-term eventually get married. Roughly half of those ages 30 to 49 say the same, as do majorities of those ages 50 and older.

Views about marriage and cohabitation are also linked to religious affiliation. About three-quarters of Catholics (74%) and white Protestants who do not self-identify as born-again or evangelical (76%) say it’s acceptable for an unmarried couple to live together even if they don’t plan to get married. By contrast, only 47% of black Protestants and 35% of white evangelical Protestants share this view. And while half or more across these groups say society is better off if couples who want to stay together long-term eventually get married, white evangelicals are the most likely to say this (78% do so).

The challenge, of course: how do you provide moral teaching on sexual issues to baptized Catholics who, according to surveys, accept cohabitation, support same sex marriage and believe abortion should be legal? And how do you do this when the leadership of your church has had its moral credibility seriously diminished by a still-unfolding worldwide sex scandal?

It’s worth noting the Church has issued a number of documents criticizing the practice of cohabitation before marriage.

On average, marriage preceded by cohabitation is 46% more likely to end in divorce.

The bishops of Kansas, for example, wrote a pastoral letter several years ago stating:

As society no longer adheres to traditional moral values and norms, scandal becomes less and less of a concern to many people. Even so, the church still teaches clearly and consistently that premarital sexual intercourse objectively is mortally sinful. Couples who live together, even if they are not engaging in premarital sexual relations, give the impression to the community that such an arrangement is totally acceptable. Additionally, should the couple marry and later divorce there is widespread acceptance of such an event. Is it any wonder that the United States has the highest divorce rate in the world?

Some today claim a “right to a trial marriage” where there is an intention of getting married later. However firm the purpose of those who engage in premature sexual relations may be, “the fact is that such liaisons can scarcely ensure mutual sincerity and fidelity in a relationship between a man and a woman, nor, especially, can they protect it from inconstancy of desires or whim.” Carnal union is morally legitimate only when a definitive community of life between a man and woman has been established. Human love does not tolerate “trial marriages.” It demands a total and definitive gift of persons to one another.

The USCCB’s resource For Your Marriage notes:

Many couples believe-mistakenly-that cohabitation will lower their risk of divorce. This is an understandable misconception, since many people are the children of divorce, or have other family members or friends who have divorced. Other reasons for living together include convenience, financial savings, companionship and security, and a desire to move out of their parents house.

What social science says about cohabitation 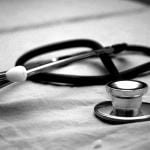 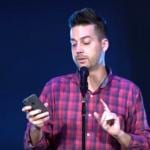 Catholic
'I do' x 50: A great marriage ministry...
The Deacon's Bench 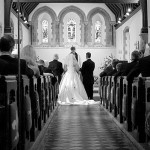