Why aren’t more Catholics having church weddings? Maybe because of things like this.

Why aren’t more Catholics having church weddings? Maybe because of things like this. August 21, 2019 Deacon Greg Kandra 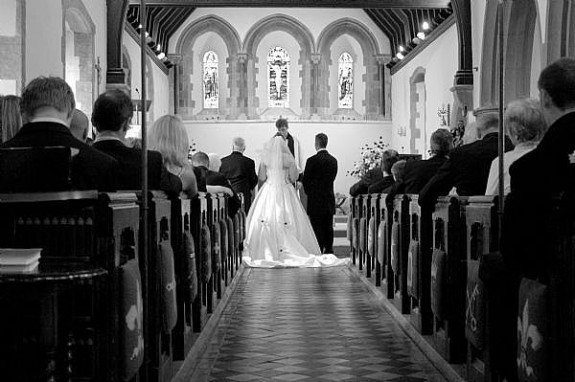 A lot of clergy will tell you that Catholics aren’t receiving the sacraments like they used to. Baptisms and weddings, in particular, are down. Why? Well, if you want an understanding of why more Catholics don’t want to get married in church, read this from my friend Gerard Nadal, who posted this rant on Facebook:

In discussing our wedding 27 years ago, tomorrow, Regina and I looked at what the Church of St. Vincent Ferrer in NYC was charging these days. (It was $500 for us back then.) They are now requesting 10% of the total cost of the wedding day (Florist, reception, etc…) or a minimum of $2,200. This does not include the $750 for the organist and singer. Then I noticed this gem:

“There are occasions when a couple would be well-advised to have a simple wedding ceremony—for example, if the couple is elderly; when it is a second marriage for either party; or when the couple is cohabiting. A simple ceremony as such can be held in a beautiful side chapel of the church that accommodates up to 25 people. In cases of small weddings, the parish leaves the amount of the offering to the discretion of the couple. There need be no music at small weddings, though this remains possible to arrange.”

I have heard all of the horror stories from priest friends about the completely unchurched showing up half-naked (the women), drunk, irreverent, etc… at weddings. And I get how bad it is. I truly do. These policies mentioned above are for the parishioners who have already been screened, and it is abusive in every respect.

The sacrament is the sacrament, regardless of people’s age, or whether a cohabiting couple has humbled themselves and is now entering into God’s design, albeit later than they should have. And if it is a “second marriage,” I am presuming that the policy is taking aim at couples where a spouse has died and the widow/widower has once again found love, because any other prior reality would need a decree of nullity, in which case there never was a marriage.

So why do these people get denied the beauty and grandeur of the church, the timpany, organ, and trumpet voluntary that Regina and I had? Why is it encouraged that they be parsimonious in the number of people they invite, or in the manner that they celebrate their sacrament. And above all:

Why are they being encouraged to eschew the Eucharist???!!!

(BTW, Your ordinations and first masses that I attended were all as rich as any sacramental celebration could be.)

On the financial front, I think it takes real Chutzpah to even suggest that one priest, for less than an hour at the altar, and the couple of hours the PMI and paperwork take, should request 10% of the cost of the rest of the day, which involves cooks, prep assistants, dishwashers, waiters, bartenders, valets, musicians, florists, photographers and videographers, who are each working at least an eight-hour day, and whose total number could exceed fifty or sixty individuals.

It’s grubby, and has nothing to do with tithing.

If this sort of thing is so off-putting to me and my wife, who love and support the Church with every fiber of our being, what do the priests and deacons who perpetuate this abusiveness think it does to the weak in faith?

I visited the website for St. Vincent Ferrer — probably one of the most imposing and beautiful churches in New York City, by the way, and an obvious first choice for many brides who might be looking for a grand place for a wedding. (Father George Rutler once said, memorably, “You want to know whether a church is beautiful? Ask a bride. See how many want to be married there.”)

The parish of St. Vincent Ferrer has a very extensive wedding policy, which also notes:

The Church of St. Vincent Ferrer is in great demand for weddings. Consequently, we must limit them to couples that have some kind of personal connection to the parish, namely:
• Registered parish members who attend Mass and contribute regularly, and Catholics who live in the parish’s territory.
• Catholics who have attended the parish school.
• Catholics whose families belong, or have belonged, to the parish.
We will also consider requests from the following:
• Catholics who work in the parish neighborhood.
• Graduates of Providence College.
• Persons who are related to the parish staff or employees.
As a rule, the Church of St. Vincent Ferrer will not accept weddings of persons who approach us simply because we offer a beautiful setting for their ceremony or because we are convenient to their reception hall.

As for the price, the guidelines helpfully add:

Inspired by the scriptural principle of tithing the first portion to God, couples may consider a gift of 10% of the cost of their wedding expenses as an offering to the Lord. In this spirit, St. Vincent Ferrer requests a minimum offering of

Please note, no parishioner will be denied a wedding if this amount cannot be paid. This figure includes the $100.00 non-refundable deposit that is required to reserve a date.

Finally, there were these details, which indicate they obviously put a great deal of thought into these guidelines, evidently drawing on a lot of experience (and a fair number of experiences that were obviously not good):

As the date of your wedding approaches, the priest will discuss with you the specifics of the ceremony.

What Kind of Ceremony

The most significant decision that you will make in this regard is whether to have a Nuptial Mass or a simple ceremony. The Mass is recommended when both parties are Catholic, since they can then solemnize their union by receiving Holy Communion together. At ecumenical or inter-faith weddings, on the other hand, a simple ceremony is recommended. Also, you will have the opportunity to choose the readings from a selection of scripture readings, as well as the reader(s) who will proclaim the sacred texts intelligently and appropriately.

Various Issues to Consider Regarding the Ceremony

The use of “unity candles” is strongly discouraged. Experience has consistently demonstrated their clumsiness. For instance, they often do not light properly, or they spread wax, or they can even set other decorations on fire. More importantly, the Catholic marriage rite does not allow for such a lighting ceremony. Therefore, if desired, unity candles belong best at the wedding reception, where they can be incorporated into the first dinner blessing of the newly married couple. Floral decorations should not be extravagant. Our beautiful Gothic church needs little extra ornamentation. The priest will discuss with you the options about where the flowers can be arranged. Candles in the body of the church must be enclosed in glass globes. Due to past experiences, runners are no longer permitted.

Well. There’s much more in the guidelines, some of it very helpful, about the instruction, the planning, and the documents that are required.

But honestly: after reading over all this — and considering the price point — it all becomes clearer. If someone is a casual or cultural Catholic, with a limpid faith and weak catechesis, can you blame them for not wanting to get married in church? This almost screams “Go away!” Isn’t there a better way to welcome people to the sacrament and encourage a fuller participation in the faith? Can’t you make it seem like a church wedding is not only something beautiful, but something desirable and beneficial?  A moment of grace?

Priests and deacons will tell you that weddings (and funerals) are key moments of evangelization — a chance to reach those who are unchurched, or otherwise ignorant of the faith.

I can’t help but think this sort of approach isn’t exactly the way to evangelize. Or — as Sherry Weddell would put it — a way to help form intentional disciples and keep people coming back to church. Quite the opposite, really.

UPDATE: An observant reader on Twitter added another story to the discussion, about how Pope Francis feels about these things. Snip:

Pope Francis condemned priests and laity who turn their parishes into a “business” by charging for things such as baptisms, blessings and Mass intentions – calling it a scandal that’s hard to forgive.

“It is interesting: the people of God can forgive their priests, when they are weak; when they slip on a sin, the people know how to forgive them,” the Pope told mass attendees in the Vatican’s Saint Martha guesthouse on Nov. 21.

“But there are two things that the people of God cannot forgive: a priest attached to money and a priest who mistreats people. This they cannot forgive! It is scandalous…”

The Pope centered his homily on the day’s Gospel from Luke in which Jesus turns over tables and drives out those who were selling things inside the temple, saying it is a sacred place meant for prayer and not for business.

…The Pope recounted the story of a young couple who were a part of a group of college students he led shortly after being ordained. When they decided to get married, they went to their parish to ask for the civil ceremony and Mass together.

“This is the sin of scandal” the pontiff explained, and alluded to the scripture passage where Jesus tells those who cause scandal that it is “better to be thrown into the sea.”

When those who manage God’s temple and its ministry, including both priests and lay people, become businessmen, “people are scandalized. And we are responsible for this. The laity too! Everyone,” the Roman Pontiff continued. 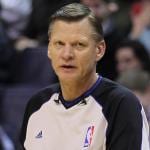 August 21, 2019
From hardwood to homilies: former NBA ref becomes a deacon
Next Post 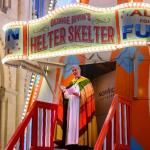 August 23, 2019 'God is a tourist attraction'?
Browse Our Archives
get the latest from
Catholic
Sign up for our newsletter
POPULAR AT PATHEOS Catholic
1