Break out the Kleenex, as a little girl learns her foster parents are going to adopt her

From Athens, GA, via ABC News:

Ten-year-old Ivey Zezulka learning that she’s going to be adopted by her foster family might be the most heartwarming thing you’ll see today.

Her foster parents Paige and Daniel recently surprised her with the news that they had finalized plans to adopt Ivey and her biological siblings Kai, 3, and Lita, 2, who had all spent years in foster care.

“She’s been living with a question mark of what will happen,” Ivey’s mom told ABC News. “We love her birth family and she loves them too, but it became (that) with us was where she wanted to be.”

Paige and Daniel broke the news to Ivey on a framed note they had wrapped and placed inside a gift box, and they recorded their new daughter’s heartfelt reaction to their announcement.

See it for yourself below. 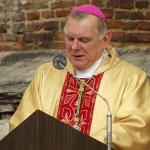 September 21, 2018
Archbishop to priests: 'Our people still believe in God, but they don't believe in us'
Next Post 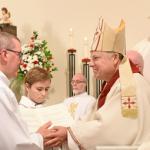 September 22, 2018 Some good news: number of candidates for diaconate in Scotland reaches all-time high
Browse Our Archives
Follow Us!