Holy rollers: The Catholic church that became a roller rink

You can skate underneath disco balls, LED lights, and stained-glass windows of Jesus and the Virgin Mary, while a live DJ plays disco from within a neon-lit altar.

The Sacred Heart Catholic church has seen a lot in its 121 years. Completed at the end of the 19th century, the large, Romanesque building had survived two earthquakes, was home to one of San Francisco’s only predominately African-American Catholic congregations, and has hosted Vietnam War protesters and the Black Panther Party’s free breakfast program. But for the last five years, the building has held an entirely different kind of worship service, opening its doors every weekend to roller skaters of all ages.

On Fridays and Saturdays, you can either rent or bring your own roller skates and skate underneath disco balls, LED lights, and stained-glass windows of Jesus and the Virgin Mary, while a live DJ plays disco, funk, and pop music from within a neon-lit altar.

Presiding over the action is San Francisco’s “Godfather of Skate,” David G. Miles Jr., who serves as emcee and impresario of the Church of 8 Wheels. After repairing and renovating the century-old building, Miles founded the Church of 8 Wheels in 2013. Disco-themed costumes are encouraged, especially during Saturday night’s Black Rock Roller Disco.

Check out the church’s website for more. And watch the place in action below. 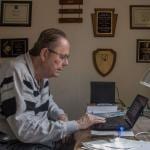 November 18, 2019
God bless you, Bill Lyon: Remembering the great journalist who wrote of his fight with Alzheimer's
Next Post 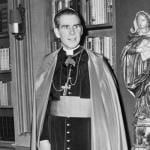 November 19, 2019 The significance of December 21 for Fulton Sheen's beatification
Browse Our Archives
Related posts from The Deacon's Bench