Should priests be given permanent pastoral assignments? 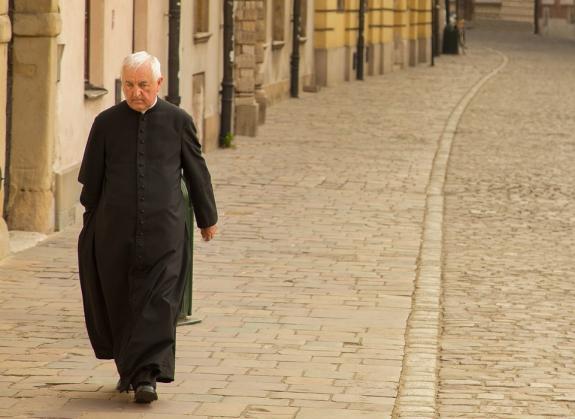 We just celebrated our parish feast day — Our Lady of Sorrows — and it was an opportunity to reflect on the great history and heritage of our parish in Queens, and remember with prayerful affection our founding pastor.

Father Joseph McLaughlin was assigned as the new parish’s pastor in 1917, and remained as pastor until 1960 — an astonishing run of 43 years — during which he built the first church, then the school, the present church, the rectory and the convent.

Such a long tenure in one parish, in one community, would be almost unthinkable today. And writer Richard Becker suggests it’s time to reconsider that:

Men, if we marry, then we must care for those God entrusts to us—our wives first of all, but also the children we bring into the world. It doesn’t matter if we’re weak and cowardly and venal when we start. If we determine to stick around, our families will help us change for the better, believe me. It’s the best and most direct way to move from self-absorption to self-sacrifice, and that’s exactly what our families require in these turbulent times.

The same applies to the turbulent times facing the Church with respect to the priesthood. There are many factors that have contributed to the current catastrophe, but one of them has received little if any attention, at least with regards to diocesan clergy: the abandonment of permanent pastoral assignments. We’re so used to priests being moved around like pawns on a chessboard every six years (or twelve if they’re lucky) that we assume it’s just how it’s always been done.

Not so—at least according to the Code of Canon Law. “Those who are appointed as rectors of a parish should remain in office permanently,” reads the 1917 Code (cn. 299), and the updated 1983 Code makes the same point even stronger. “A pastor must possess stability,” reads cn. 522 (with added emphasis), “and therefore is to be appointed for an indefinite period of time.”

Canon Law has long treated pastoral permanence as the norm, and this makes eminent sense for a leadership role that is in so many ways akin to human paternity. We call them Fathers, after all, and well we should. Like dad-shepherds, our pastors are called on to provide for us, liturgically and sacramentally, but sometimes even physically. What’s more, they’re supposed to protect us—from distorted teaching and deadly deviations from virtue—and safely guide us as a pilgrim family on our way to heaven.

But, like their human counterparts, priest-shepherds (and bishop-shepherds for that matter) must grow into their paternal responsibilities and the sacrifices required. They’re ordained men, true, but still men after all with all our men-ish flaws. Thus, they have to learn how to be good dad-pastors, and that requires schooling beyond the seminaries and in the real-world laboratory of parish life. And, just like me in my lifelong fatherly tutelage courtesy of my family, it just makes sense that pastors would be similarly rooted in their parish families for indefinite ongoing formation.

It’s worth noting that, in many places, permanent deacons are, to put it simply, permanent — they are often assigned to their home parish, which is often a place where they have been members and have worshipped for decades. Some grew up in the parish, married there, then sent their kids to school there. Part of the value of the diaconate is that the men who serve a particular parish often stay there, through thick and thin. They stay through varying assignments of priests; they know the people, the community, the customs and quirks. They have walked with the people through troubles and scandals, triumphs and tears. They’ve been with families through years of weddings, baptisms, sicknesses and funerals. They have what might be described as an institutional memory. In some places, they are the glue.

Does this have something to teach us about the assignment of priests? 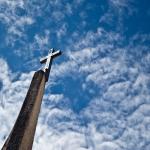 September 17, 2018
Cardinal: 'We need more women in the training of priests'
Next Post 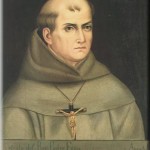 September 18, 2018 Stanford to remove St. Junipero Serra's name from some sites on campus
Browse Our Archives
get the latest from
Catholic
Sign up for our newsletter
POPULAR AT PATHEOS Catholic
1

A Tip to Remember for your Winter Clothing...
A lot of you are probably taking part in clothing drives...
view all Catholic blogs
Copyright 2008-2021, Patheos. All rights reserved.