The pope, sex abuse, and the story no one is talking about

Writer Michael Cook offers some welcome sanity in the middle of the never-ending McCarrick-Viganò-Francis-media merry-go-round, and turns attention to one part of the papal news conference on the plane that got very little attention:

Even though he spoke about it at length in the in-flight press conference, journalists ignored an incident which goes a long way towards explaining the Pope’s apparent intransigence. “No one is evil until it is proven,” he said. And he illustrated it with a heart-wrenching example. In 2014 a man known as “Daniel” wrote a five-page letter to the Pope complaining that he had been abused as a child by several priests in the Spanish city of Granada. Almost immediately upon reading it, the Pope rang him. “I have read your letter several times,” he told Daniel. “I could not help feeling terribly pained in reading your story. I want to apologize to you on behalf of the entire Church of Christ. Forgive this grave sin and the very serious crime that you have suffered. Forgive, my son, all that pain that you suffered”. Later on Francis even invited Daniel to join the Pontifical Commission for the Protection of Minors. (Apparently he did not accept.)

In April last year, the case was thrown out of court. The judge found that Daniel had built a castle of lies and ordered him to pay costs. In July Pope Francis met Father Martinez in Rome and begged his pardon.

There are three morals to this particular story. First, no matter how horrifying the accusations, people are innocent until proven guilty. Second, the Pope has seen both sides of the abuse crisis: the damaged souls of children and the damaged lives of innocent priests. Third, anyone who says that the Pope is reluctant to end child abuse is either ignorant or malicious. 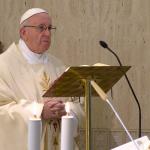 September 3, 2018
Pope Francis: 'The truth is humble, the truth is silent'
Next Post 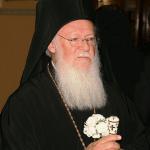