The Holy Synod of the Ecumenical Patriarchate has decided to allow a second marriage for Greek Orthodox priests in the event that they are widowed or abandoned by their wife, religious news website Romfea.gr says.

The decision, that is considered historic in the Orthodox Church, specifies that a second marriage will not be allowed if the priest wishes to leave his wife and marry another woman.

It is underlined that each case will be examined separately and the bishop of the priest’s parish will be sending the specifics to be judged by the Holy Synod of the Ecumenical Patriarchate.

In the Roman Catholic Church, there have been rare instances in which a widowed permanent deacon with young children has been permitted to remarry. But I’m not aware of a widowed Catholic priest — perhaps ordained through the Pastoral Provision — who has been allowed to do that. (Is that even possible? Perhaps some canon lawyers can answer that?) 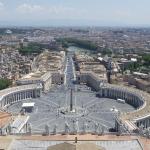 September 3, 2018
The pope, sex abuse, and the story no one is talking about
Next Post 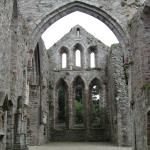 September 3, 2018 'As a lay person and the father of young boys, I say: Never again.'
Browse Our Archives
Related posts from The Deacon's Bench