A prayer for Pittsburgh: Homily for October 28, 2018, 30th Sunday in Ordinary Time

It happened exactly 53 years ago today.

On October 28th 1965, St. Paul VI issued the shortest document of Vatican II — but one of its most enduring and vital, Nostra Aetate, or In Our Time, about our relationship with people of other faiths.

It is only 19 paragraphs long – but it is an historic, ground-breaking cry for justice, solidarity and hope.

It is a cry the world needs to hear. Especially now.

Nostra Aetate condemns persecution and anti-Semitism in all its forms and concludes: “We cannot truly call on God, the Father of all, if we refuse to treat in a brotherly way any man, created as he is in the image of God. Man’s relation to God the Father and his relation to men his brothers are so linked together that Scripture says: ‘He who does not love does not know God.’”

We were reminded yesterday that there are still so many places in our world that do not love, so many people who do not know God.

The tragedy that struck the Tree of Life Synagogue in Pittsburgh now stands as the worst anti-Semitic attack in U.S. history.

At least 11 people were killed. We learned this morning that one was a woman who had survived the holocaust. More were injured. The carnage was so horrible, one man said, it is beyond words.

More than ever, we need to stand in solidarity with our Jewish neighbors and friends here in Forest Hills and around the world.

These people are more than the guy at the grocery store or the neighbor down the hall you see going to temple every Saturday.

Pope Francis a few years ago said, “Inside every Christian there is a Jew.” His predecessor, St. John Paul II called the Jews our “elder brothers in the faith.”

But at this moment, they are under attack.

The Anti-Defamation League reports: “The number of anti-Semitic incidents was nearly 60 percent higher in 2017 than 2016, the largest single-year increase on record and the second highest number reported since ADL started tracking incident data in the 1970s.”

There is no other way to put this: it is evil. Pure and simple. People of faith are being targeted and they are being killed because of what they believe.

In today’s gospel, our Lord asks a blind beggar named Bartimaeus, “What do you want me to do for you?”

And he replies, “Master, I want to see.”

We live in a world that is too often blind – it is a world blinded by indifference, blinded by cruelty or callousness or hate. Blinded by ignorance or racism or anti-Semitism.

In so many ways, the world is Bartimaeus. It is a world begging for clarity. Pleading for light.

This Gospel reminds us of this unquenchable truth: that Christ brings that light, offers that clarity, and gives healing and vision and hope to a world trapped in darkness.

And it is our call as Catholic Christians to carry that light—light we literally receive at baptism, in the form of a flickering candle.

We need to bring that light to the world.

We need to stand in solidarity with our “elder brothers and sisters in faith.”

We need to defy the darkness on behalf of all believers.

We need to bear witness to the light of compassion, of mercy, of tenderness.

The light of justice for the suffering.

The light of hope for the hopeless.

The light of love in a world consumed by hate.

We can do no less.

Mr. Rogers had a saying that has been quoted often, particularly during the troubled times in which we live.

“When I was a boy,” he said “and I would see scary things in the news, my mother would say to me, ‘Look for the helpers. You will always find people who are helping.’”

Bari Weiss remembered that yesterday, as she saw the footage on television again and again of the helpers racing to the Tree of Life Synagogue.

But our baptism calls on each of us to be the helpers, too.

First, we are called to be the helpers by calling out this evil for what it is. Attention must be paid: anti-Semitism is racism, and it is a sin.

Secondly, we are called to be the helpers by working for justice and peace — in our families, in our community, in our government, everywhere.

Finally, we are called to be the helpers by doing what we do best:  pray.

As you receive communion this Sunday, pray for our “elder brothers and sisters in faith.” Stop by the shrine of St. Joseph in our church and you will see above Joseph a small statue of a man with a harp wearing a crown. He was mentioned in our Gospel today: he is David, ancestor of Joseph, the author of the psalms and our forefather in faith.

Remember the Holy Family, a family that was made up of faithful and observant Jews. Pray for all the families torn apart by this bloodshed and violence around the world.

Pray, as well, for our battered and fallen world — a world where too often love has been supplanted by hate, where civility has been overcome by violence, where too many people believe the solution to life’s problems lies with a rifle, a pistol or a pipe bomb.

Pray for understanding among faiths — among all of us made in the image of God.

Pray like Bartimaeus in today’s Gospel, who asks one thing of the Lord: to see.

Pray that we may as a people and as a nation will have faith enough, and hope enough, to see a better future in a world lit by the love of Christ.

May our broken world be healed.

May it be restored.

May we all truly be able to see — and finally know peace. 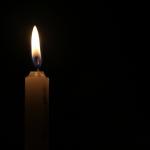 October 27, 2018
'The Church decries hatred, persecutions, displays of anti-Semitism at any time by anyone...'
Next Post 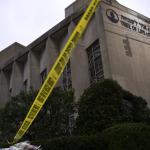 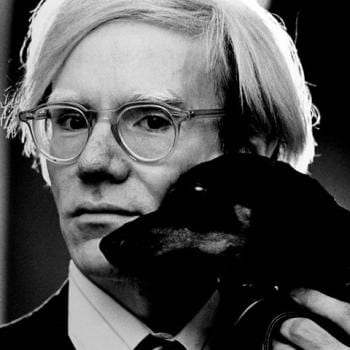 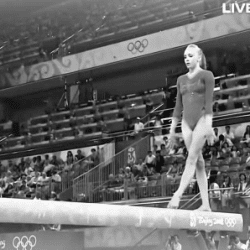 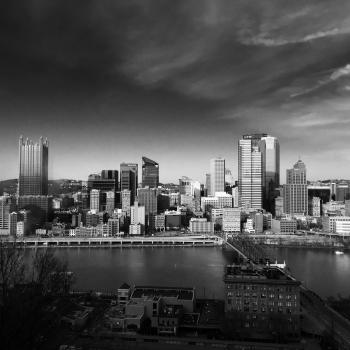