The Arlington Herald in Virginia continues its terrific series on the 50th anniversary of the restoration of the diaconate with a profile of Dr. Scott Ross, who runs the Mother of Mercy Free Clinic — a life-affirming medical facility built from what had been an abortion clinic.

Once he was old enough, Ross became an altar server, and kept at it all the way through high school. Good things came with patience, hard work and in God’s time — a theme that would follow him throughout life, as both a medical doctor and a deacon.

Ross graduated from Georgetown University with a biology degree and a philosophy minor, and earned his medical degree there in 1994. He met his wife, Kellie, a nursing graduate, when they worked in the same unit at the hospital.

Ross “fell away” from the church during his college years, infrequently attending Mass — but marriage brought him back “full-throttle.”

“When my wife and I decided that we were going to get married and hopefully someday have a family, that’s when we really said, ‘You know, we need something bigger than us to help us,’ ” he said.

The Rosses had two children, Jake and Sam, and started to “put down roots” at All Saints Church in Manassas. They had been parishioners for three years when in 2001, planning began for a new parish, Holy Trinity Church in Gainesville. They were part of the project from day one.

“We took a leap of faith and kept deepening our faith in our desire to serve,” Ross said.

Bishop Paul S. Loverde reopened the permanent diaconate program in the Diocese of Arlington in 2005, after a 20-year suspension. Ross spent a lot of time thinking about the diaconate in prayer, often during Eucharistic adoration. He talked to Kellie, who was finding her own new way to serve as co-founder of the nonprofit House of Mercy in Manassas. She was supportive, so he applied to the program.

Still, he kept getting “nudges” toward the diaconate, he said. A main source of inspiration was Deacon Jake Henry, a permanent deacon at Holy Trinity, who kept urging him to reapply. With some apprehension, in 2009, Ross decided to take the leap.

Read the whole story. And check out the video about him above. 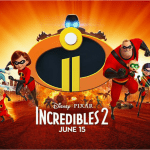 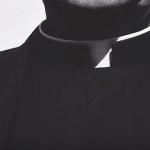 November 8, 2018 A reason to wear the collar: 'It represents slavery. Ministers are slaves of Jesus Christ.'
Browse Our Archives
Follow Us!