Justice Brett M. Kavanaugh turned down more than $600,000 raised by a GoFundMe campaign in his name this week.

John Hawkins, the man who started the fundraising campaign, updated the page and posted a statement he said was from Justice Kavanaugh’s legal team. The campaign was closed to new donations on Oct. 6, and had raised $611,645 by then.

The statement also added that the justice will not direct what charity the funds will be donated to in order to stay within judicial ethics guidelines.

“The last thing any of us want is for our attempt to help Judge Kavanaugh’s family to be used against him,” Mr. Hawkins wrote.

Rather than give the funds to Justice Kavanaugh or his family, Mr. Hawkins chose to give the money to the Catholic Archdiocese of Washington in light of the justice’s past coaching girls basketball. The money will be divided between the Catholic Youth Organization, the Tuition Assistance Fund and the Victory Youth Center. 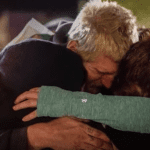 November 2, 2018
'May their memory be a blessing': NBC closes the Nightly News with the Kaddish
Next Post 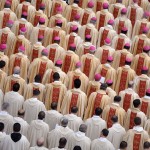 November 3, 2018 'Failure at the top': landmark investigation shows how bishops failed to police themselves
Browse Our Archives
Follow Us!