The Trump administration is making it easier for employers to exclude birth control from health insurance benefits provided under the Affordable Care Act, and it has come up with a new justification, saying that female employees can obtain contraceptives at family planning clinics for low-income people.

That, in turn, could increase demand for clinic services, which are already squeezed. The plan is one of several recent proposals that could affect access to birth control, such as requiring the physical separation of services at clinics and strict new rules about insurance payments.

The health law generally requires employers to cover preventive health services, and the government says those include contraceptives for women. Under final rules published this past week, employers can obtain an exemption if they object to some or all forms of contraception based on their “sincerely held religious beliefs” or moral convictions.

In a separate proposed rule, the Trump administration said that women denied contraceptive coverage by their employers would be eligible for the family planning program created by Congress in 1970 under Title X of the Public Health Service Act.

Clinics in that program serve four million people a year, primarily low-income women and adolescents. Clinics must give priority to members of low-income families, defined as those with annual incomes less than or equal to the poverty level ($20,780 for a family of three).

Demand for clinic services already exceeds what can be provided with the available funds, $286.5 million a year.

Under the Trump administration’s proposal, some women would be eligible for free contraceptives regardless of their income.

The proposed rule says that “a woman can be considered from a ‘low-income family’ if she has health insurance coverage through an employer” that, for religious or moral reasons, refuses to cover the contraceptives she seeks.

Administration officials said the proposed rule, issued by Alex M. Azar II, the secretary of health and human services, would meet the needs of women while deflecting legal challenges to the president’s birth control policy….

…Groups that have fought the contraceptive coverage mandate, like the Little Sisters of the Poor, an order of Roman Catholic nuns, praised the policy.

“It shows that the government has ways of delivering contraceptive services without conscripting the Little Sisters of the Poor to help,” said Mark L. Rienzi, the president of the Becket Fund for Religious Liberty, which represents the nuns in several court cases.

Gregory S. Baylor, a lawyer at the Alliance Defending Freedom, a conservative Christian group, said: “With these regulations, President Trump kept his promise that people of faith would not be bullied on his watch. At the same time, contraceptives will remain readily available to those who wish to use them.” 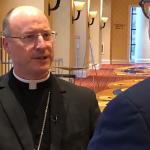 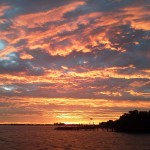 November 18, 2018 A stunning testimony of faith and hope from a young woman diagnosed with cancer
Browse Our Archives
get the latest from
Catholic
Sign up for our newsletter
POPULAR AT PATHEOS Catholic
1