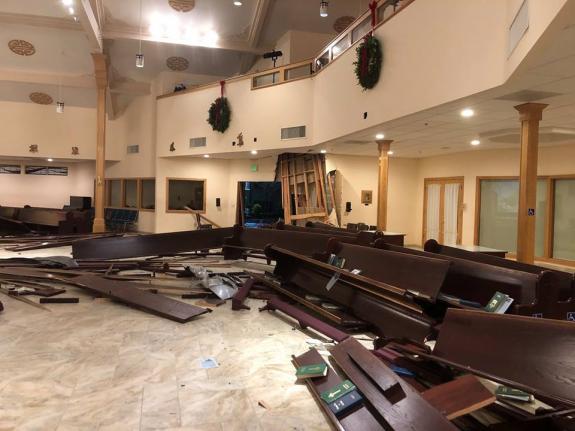 Members of Our Lady of Lavang Parish in Portland, Oregon did not let an attack stall their Christmas observances.

Volunteers at the Vietnamese Catholic community gathered Christmas Eve, tools in hand, to repair their church, which had been seriously damaged when a man intentionally drove his SUV into the worship space and repeatedly crashed through the pews. In addition to the pews, walls and doors were heavily damaged.

By late afternoon, neat walls of plywood covered most of the damage and replaced one set of doors, folding chairs had replaced the pews, and children and teens were rehearsing for their parts in the Christmas Eve Masses, reported the Catholic Sentinel, archdiocesan newspaper.

A crew of 100 parishioners responded to the call for help from Fr. Ansgar Pham, pastor.

Parishioners young and old expressed surprise at what happened but held no ill will toward the person responsible. Young people suggested that the man had been angry. One woman said he must have been hurting.

The Oregonian newspaper reported that Hieu John Phung, 35, drove into the church just after midnight Christmas Eve and then phoned 911 to admit to the deed.

Police said they were unsure of a motive, but charged Phung with criminal mischief. He was released to await court proceedings as police continued to investigate the incident.

Fr. Pham told KOIN-TV the driver drove into the church in at least two separate spots, shattering walls, windows and knocking down doors. 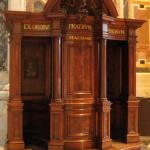 December 27, 2018
Proposed laws could require priests to report on abuse heard in confession
Next Post 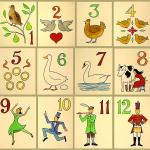 December 27, 2018 No, that story about the '12 Days of Christmas' isn't true
Browse Our Archives
get the latest from
Catholic
Sign up for our newsletter
POPULAR AT PATHEOS Catholic
1