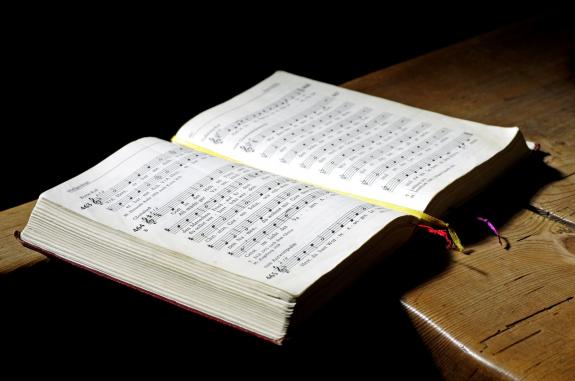 This popped up on the archdiocesan website this morning: “Sing to the Lord a New Song,” written to the faithful and clergy of the archdiocese by Archbishop Alexander Sample.

One parish celebration every Sunday should be a Sung Mass (Missa cantata), offered with consistency and with the greatest care and attention the community can give it. In the former traditional parlance, this may have been referred to as a High Mass. It could also be referred to as a Solemn Mass. A Sung Mass need not be elaborate; indeed, the principle of noble simplicity should guide it. Other Masses in the parish may include less singing and more recited parts, but the Sung Mass sets the pattern and the model for sacred music in the parish.

For the Sung Mass, the celebrant should learn to sing, without instrumental accompaniment, the celebrant’s chants for the orations and dialogues to the melodies given in the Roman Missal, with the responses sung by the faithful. There is the simple human reality that some priests are not gifted with the ability to sing, or at least to carry a melody. In these cases, it might be more desirable for the celebrant to chant recto tono (on the same note) the parts that belong to him.

Every parish is asked to learn the English plainchant settings of the Ordinary, found in the Roman Missal, which should be given pride of place. Other settings are at the discretion of the parish, subject to the liturgical norms of the Church as outlined in this pastoral letter. Clergy should set an example by singing with the faithful wherever in the Mass this is appropriate.

Every parish and mission in the Archdiocese should establish to the best of its ability at least a minimum Gregorian repertoire of the chanted Ordinary sung by the people in Latin. Mass VIII (De Angelis) and Mass XVIII (Deus Genitor Alme) are the most popular and accessible. Parishes capable of more than this are encouraged to build their chant repertoire beyond this minimum. (Interestingly enough, the melodies given in the Roman Missal itself for the Sanctus and the Agnus Dei in English and Latin are from Mass XVIII.)

It should be noted that the Missal makes no reference to a recessional hymn, making it an appropriate time for an instrumental (e.g. pipe organ) piece, or silence, especially during Lent. 3] Hymn and song texts must conform to the teachings and doctrines of the Church, especially with regard to the Eucharistic Sacrifice and the Real Presence of Christ in the Eucharist. Any texts which promote teachings which are ambiguous or contrary to the Faith must be retired from the parish repertoire. It must be sadly acknowledged that some hymns in approved hymnals, music issues and missalettes do not reflect Catholic theology and should not be used. Musicians should be attentive to this point and think carefully about the selection of hymns, seeking guidance from the pastors of the Church when needed. With this in mind it follows that just because a particular piece is published in a Catholic hymnal or worship aid does not necessarily mean that the piece was intended to be sung at Holy Mass.

The Church accords the pipe organ pride of place as the musical instrument most in harmony with the spirit of the Roman liturgy. In the Latin Church the pipe organ is to be held in high esteem, for it is the traditional musical instrument which adds a wonderful splendor to the Church’s ceremonies and powerfully lifts up man’s mind to God and to higher things.  Unfortunately, the use of the pipe organ has diminished over the years since the Council, for many reasons, such as the lack of trained organists and the cost of purchase and upkeep. However, if the pipe organ is to come back to prominence in our sacred music, we must be willing to invest for the future. All parishes are encouraged to include the pipe organ in their sacred music repertoire. A parish seeking to purchase or replace an organ must first consult with the archdiocesan staff responsible for the Sacred Liturgy. Usually a parish will be required to engage the services of a qualified organ consultant, to provide informed advice to the pastor and finance committee. If an electronic or hybrid organ is purchased, it must be manufactured to the American Guild of Organists dimensional standards for its purchase to meet the approval of the Archdiocese.

It is my sincere hope that this pastoral letter will be well received by the clergy and faithful of the Archdiocese of Portland, for the sake of an authentic renewal of the Sacred Liturgy according to the teaching of the Second Vatican Council and the mind of the Church. I am especially counting on our wonderful and dedicated church musicians to answer this call for renewal. May the renewal and reform of sacred music in the Archdiocese of Portland lead us together to a beautiful and worthy celebration of the sacred mysteries of the Holy Mass, for the glory of God and the sanctification of all the faithful. 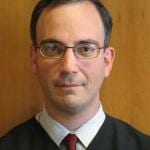 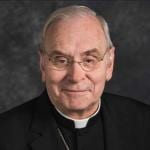