A Saint from Queens? Maybe.

The cause for Sister Maura Clarke is getting more attention. This, from Spectrum News in New York City:

In the Rockaways, the people that live in Belle Harbor have not forgotten Sister Maura Clarke.

“Maura Clarke was from this parish…every year we’ve had a mass in honor of her,” said Father William Sweeney, the Pastor at St. Frances de Sales Catholic Church.

Clarke’s face is memorialized on a stained glass window at the church. Sweeney said it is a tribute to her and the three other women murdered while doing missionary work in El Salvador in 1980.

Investigative journalist Eileen Markey wrote a book about Clarke in 2016 called “A Radical Faith: The Assassination of Sister Maura.”

“She’s a really a great example of someone who said ‘I believe this.’ She was a catholic nun, she really believed in this particular dogmas and doctrines, but fundamentally she believed that the world should be built on justice,” said Markey.

Clarke’s family said that the release of the book generated a greater awareness of Clarke’s life.

Then, in October the Pope granted sainthood to Salvadoran Archbishop Oscar Romero.

He too was murdered in El Salvador in 1980, and under similar circumstances as Clarke.

His canonization gave the family hope that Sister Maura and the three other women working with her, two nuns and one missionary, might be similarly recognized.

“Through her entire life, she was just the model of goodness and of perfection and of caring. Just an exemplar religious person,” said Peter Keogh, Clarke’s nephew.

Read on. And check out the video below, from NET-TV. It aired last year but gives a good overview of Sister Maura Clarke’s life. 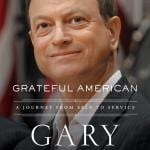 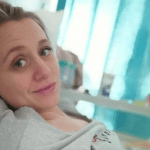 February 12, 2019 To Life: A Mother's Daring Choice to Save Her Unborn Child
Browse Our Archives
Follow Us!

Thanks Be to God—Another Winter
It’s winter again and I should have far more of my dissertation...
view all Catholic blogs
Copyright 2008-2017, Patheos. All rights reserved.