To Life: A Mother’s Daring Choice to Save Her Unborn Child

An unborn baby has been removed from its mother’s womb for treatment then put back, in a groundbreaking operation.

The procedure was carried out on Bethan Simpson’s child after tests revealed it had spina bifida.

The 26-year-old nurse from Burnham, Essex, in the UK, and her husband Kieron had been given the option to terminate the pregnancy before they learned of the procedure.

Mrs Simpson became one of only a handful of British mothers to have the operation, which was carried out by a team of Belgian and UK surgeons in London.

Following a routine 20-week scan, it emerged that the baby’s head was not the right measurement, and it was later diagnosed with spina bifida, where the child’s spinal cord does not fully develop in the womb, and can affect walking ability.

In a Facebook post, Mrs Simpson wrote: “Our midwife made an appointment in London. Fast forward 48 hours, we were in London having scans on her head and spine.

“With that we were told our little girl had spina bifida. We were offered continuing pregnancy, ending pregnancy or a new option called fetal surgery – fixing her before she is born. We had to do it.

“Our lives were such a rollercoaster for the next few weeks.”

They removed the baby from the womb and repaired its spinal cord before putting it back in for the remainder of the pregnancy.

Mrs Simpson is only the fourth mother in the UK to undergo the procedure. 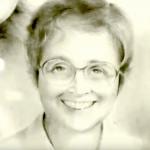