The Supreme Court on Friday agreed to hear its first abortion case since President Trump’s appointments of two justices. The court’s ruling, expected in June as the 2020 presidential campaign enters its final stretch, could reshape the constitutional principles governing abortion rights.

The case concerns a Louisiana law that its opponents say would leave the state with only one doctor in a single clinic authorized to provide abortions. And it is very likely to yield an unusually telling decision because, in 2016, the court struck down an essentially identical Texas law.

The vote in the 2016 decision was 5 to 3, with Justice Anthony M. Kennedy joining the court’s four-member liberal wing to form a majority. It was decided by an eight-member court after the death of Justice Antonin Scalia that February.

The federal appeals court in New Orleans upheld the Louisiana lawlast year notwithstanding the 2016 decision. In November, the Supreme Court granted a last-minute request from abortion providers to block the law while they pursued an appeal in the case, Gee v. June Medical Services, No. 18-1460.

That interim ruling featured an unusual 5-to-4 coalition, with Chief Justice John G. Roberts Jr. joining the court’s liberals. He had dissented in the 2016 decision.

…Other abortion cases are likely to follow the one from Louisiana, as several state legislatures have enacted laws that seem calculated to try to force the Supreme Court to consider overruling Roe v. Wade, the 1973 decision that established a constitutional right to abortion. Mr. Trump has vowed to appoint justices who will vote the overrule the decision. 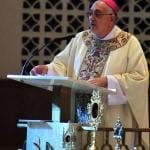 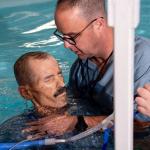 October 4, 2019 An atheist gets his dying wish: to be baptized
Browse Our Archives
get the latest from
Catholic
Sign up for our newsletter
POPULAR AT PATHEOS Catholic
1