An atheist gets his dying wish: to be baptized

“Thomas, you never thought you would preach a sermon in your life; but you preached today.”

Thomas Roberts, dying of lung cancer, wheelchair-bound and unable to breathe without oxygen tubes, had a final request in life.

He had been an atheist for most of his life, as UAB News reported, and in early September, he decided he wanted to be baptized: fully submerged in water.

Corey Agricola, a chaplain at the University of Alabama at Birmingham Hospital, assembled a team to make it happen.

He said he spoke to Roberts’ doctor, Ashley Nichols, to see how long he could be off oxygen long enough to go underwater.

“Dr. Nichols made it clear he would only be able to be off oxygen for a few seconds, which meant we couldn’t roll him down the ramp in the pool wheelchair, so we had to use the chairlift to place him in the pool,” Agricola said.

Roberts, who was a patient on the Palliative Care and Comfort Unit at UAB, was baptized surrounded by his wife, son, two sisters, niece and nephew and his UAB care team.

“I have served in the ministry over 20 years and seven of those at UAB. This is the greatest day of my career,” Agricola told Roberts at the beginning of the baptism. “Thomas, you never thought you would preach a sermon in your life; but you preached today. You made an impact on people who you do not even know.”

“We thank God for the good and perfect gift of this day. This is one of the greatest days of your life, Thomas, because we are celebrating your new life,” Agricola told Roberts moments before he was baptized.

“UAB and this team — this place was so accommodating and amazing,” said Davin Gibson, Roberts’ nephew. “You moved everything around — all of the departments worked together to make it happen. I give all the glory to God, but you guys rocked it.”

Roberts passed away six days later on Sept. 10, leaving behind one of the greatest gifts he could have given his family.

“I don’t know what could be a better gift than the feeling of peace, and that is what we have now,” said Brooke Carr, Roberts’ niece. 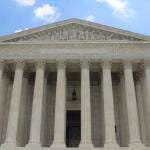 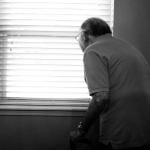 October 5, 2019 Homily for Respect Life Sunday: 'Every life bears the thumbprints of the Creator'
Browse Our Archives
Related posts from The Deacon's Bench