St. Joseph, Saint for Our Age of Anxiety 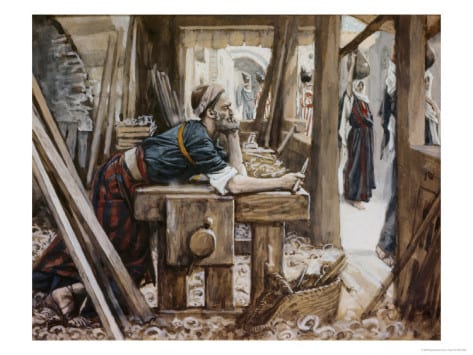 A couple years ago, I preached on St. Joseph during Advent and reflected on a painting by James Tissot, “The Anxiety of St. Joseph:”

We tend to think of Joseph the way we see him in the manger scene outside our church, or on the cards we send, or the pageants that are staged.   He is strong, stoic, patient – “righteous,” as Matthew describes him.

But Tissot understood that the man betrothed to Mary was a man of worries, and apprehension, and even fear.  This morning, I’d like to suggest that Joseph is also a man who speaks to our own time.

He is a man for our age – an Age of Anxiety.

He must have known economic uncertainty – wondering how he would support and sustain his family, running his own small business.  He had to pay taxes – to “render unto Caeser.”  Like many people today, shortly after his son was born, Joseph and his family became refugees, displaced n a foreign land – the land that had held his people as slaves.  Joseph also lived with the threat of terror – a ruthless king bent on murdering children.

On a more personal level, Joseph knew the anxiety of any man about to become a father. He must have asked himself: am I ready for this?  Am I good enough, strong enough, wise enough? And then, confronting the very real possibility of scandal, Joseph must have had more than a few sleepless nights.  How, he must have wondered, could he protect and spare the woman he loved?

And — like Mary, the woman he loved — he also must have thought at some point: this is not what I had planned.   Everything is suddenly different. 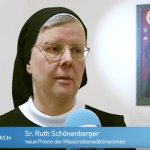 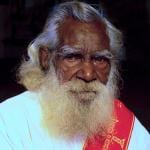