That Time I Kissed the Pope’s Ring — UPDATED

This video has been getting a lot of circulation and attention:

How is that going over?  Not well.

It seems to me there are a couple of issues here. The first is the traditional devotion of the faithful. In some places it is customary for the people to kiss the pope’s ring or the priest’s hands. When I was visiting a parish in California some time ago with a large Philippino congregation I was embarrassed when all the women kissed my hand in greeting, and wanted to pull my hand away like the pope does.

When I commented on this the parish priest explained, “Yes, it’s embarrassing, but that’s what they do. It’s their custom. Once you understand that they’re not honoring you they are honoring Jesus in you as the priest, then you will be okay with it, plus, its bad manners to pull away just as it would be if a French person wants to give you one of those double kisses on each cheek.”

Therefore I do actually think it’s disturbing that the pope behaves in this way.

…The fact is, when Catholics honor their priest they should be honoring Jesus in that man. The priest should understand that and echo St John the Baptist–pointing to Jesus and saying, “He must increase and I must decrease.”

Likewise, to kiss the pope’s ring is not to honor that man, but to honor St Peter, whose successor he is.

Is it possible that the Pope does not understand that the people who wish to kiss his ring wish to honor St Peter and not him? If he does not, then it would seem that he has not learned one of the basic lessons that every priest should learn–that it’s not all about him.

He may have a point, though that wasn’t my impression when I had the privilege of meeting Pope Francis in May of 2016.

I was in Rome as one of the invited speakers for the Jubilee for Deacons. My wife and I were among those invited to meet the Holy Father immediately after the Sunday Mass he celebrated in St. Peter’s Square.

At the appointed time, we lined up to greet him, exchange a few words and receive the obligatory papal rosary. My wife and I were in the first group. As we lined up, I nervously wondered what I should do. I watched the deacons ahead of me. Some bowed to kiss the ring. Some shook his hand. A few embraced him warmly. He seemed to receive all with genuine affection and joy.  I thought: “Okay. I’m a deacon. This guy is the pope. Ain’t no way I’m not kissing that ring. I have to.”  To my way of thinking, it was a sign of deference, respect and, even, fealty.

So when our turn came, I extended my hand, he extended his, I shook it and then bowed to kiss the ring.

His hand gently but surely forced my head up, as if to say, “No, no, no don’t do that.” He didn’t snatch his hand away, and didn’t actually stop me from kissing the ring (I did anyway) but it was clear the whole thing made him uncomfortable. 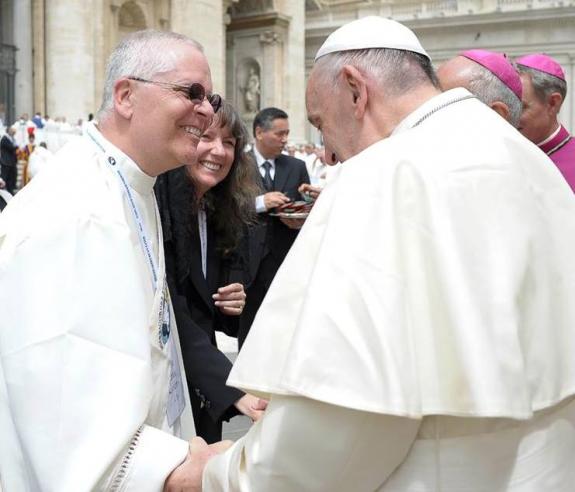 It was awkward, but I quickly moved on. I introduced my wife and told him we had just celebrated our 30th wedding anniversary that week. He beamed and replied, “Bueno, bueno!,” then gently ushered us to one side, where Archbishop Georg Gänswein stood with a basket of rosaries in little green plastic pouches. He smiled and gave one to me and another to my wife. And that was that.

I can understand how people might be shocked. Does the pope realize it? Hard to say. It might be a good idea for someone to tell him, “You know, Holy Father, that doesn’t look so great. Don’t do that.”

Maybe Francis needs to realize this inconvenient truth: people feel this gesture is not only appropriate, but required. It’s history. It’s protocol.

Like it or not, this sort of thing is part of the job.

UPDATE: A friend notes that the video above is taken out of context.

Marie Collins posted the entire video on YouTube and commented that the first 10 or so minutes of the receiving line was omitted from the video. If you watch it from 51:00 onward, you’ll see that he receives many people, including those who kiss his ring, until shortly before the 60 minute mark, you notice he winces slightly each time someone grabs his hand. After 4-5 more people, he then begins to pull his hand away for the next minute or so, which is the viral video.

Collins theorized that he may have hurt his hand or developed a cramp at that point (he is 82 years old, after all).

Then he goes on and greets a group of disabled people for about 15 more minutes. Yes, he’s not big on the ring-kissing, but there could have been other issues going on here.

AND NOW THERE’S MORE: Some interesting background from the good people at America:

Much of the reverence shown to the papal rings developed out of the tradition of “the fisherman’s ring” owned by the pope. At least as far back as the 1200s, the signet on the fisherman’s ring was used to seal papal documents. In that time, seals helped to verify that private documents had not been tampered with or opened in transit. With modern means of communication, this practice of sealing a document with wax and then pressing the signet into the wax has fallen out of use.

Before the Second Vatican Council, it was customary in most countries for both priests and laity to kiss a bishop’s ring upon greeting him as a sign of respect and obedience. But times change, and the gesture can also be seen as furthering clericalism and ties to temporal power. Both Pope Francis and Pope Benedict XVI before him have tried to discourage the practice when the pope is receiving visitors, and Francis was resistant to the practice when he was archbishop of Buenos Aires as well. According to the journalist Peter Seewald (in his book-length interview The Light of the World), Pope Benedict XVI actually abolished the tradition of kissing the pope’s hand, “though no one followed the new protocol.”

America’s Vatican correspondent, Gerard O’Connell, notes that when the cardinals came forward at the conclave that elected Pope Francis to express their obedience to him, he tried to stop them from kissing his hand or ring. He kissed the hands of cardinals from Vietnam and China, as a sign of respect for their witness in the face of religious persecution. 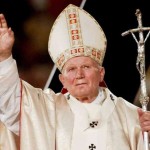 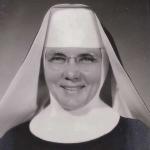 March 27, 2019 The Amazing Legacy of Nuns: 'They Were Happy to be Serving God. You Don’t Find that in Life Much Anymore.'
Browse Our Archives
Follow Us!