Becoming Catholic in the Age of Scandal

Becoming Catholic in the Age of Scandal May 3, 2019 Deacon Greg Kandra

Here’s a fascinating and inspiring glimpse into some of those who entered the Church at Easter — from a secular source, with its nose pressed against the window with wonder and curiosity.

Why convert, and why now? It is not a capricious choice. Converting required months of preparation, diving into the abundance of rituals and traditions of Catholicism and the theology that underpins it all. For each catechumen, there was a different path.

Many of the other worshipers at St. Rose of Lima in Short Hills, N.J., had assumed that Joanna Huang was already a Catholic. She had been in Mass nearly every Sunday for a decade, and she brought her daughters, now teenagers, to religious education classes.

In truth, her daughters were Catholic because it was the religion of her ex-husband. When they married, she had promised to raise their children in the church. She continued to attend Mass because it was easier than dropping the girls off and coming back to pick them up.

She had not been especially spiritual before, but she found herself looking forward to the readings and to having a set-aside time to reflect. At some point, she said, a belief in God took hold.

Ms. Huang, who works in marketing and strategy for a technology company, said the shadow of scandal has not crept into her relationship with the church, as she has gotten to know priests and sisters through her initiation.

She appreciated the sense of community at her parish and the way she saw faith shaping her daughters. Her younger daughter, a competitive skater, says a short prayer before stepping onto the ice. It also helped them weather the divorce.

“It helped to have that faith,” she said, “to know that God has a plan for them.”

Her daughters had pushed her to be baptized, telling her, “You’re more Catholic than a lot of Catholics we see.” Yet when she casually inquired about the conversion process roughly a year ago, she did not expect that she would be standing at the front of St. Rose of Lima as this year’s only catechumen, her daughters serving as her godmothers as she was baptized.

There’s much more, and other stories of new Catholics. Read it all. God bless ’em. 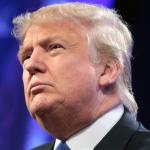 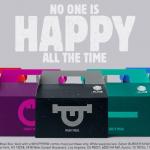 May 3, 2019 Miserable? Have a Whopper.
Browse Our Archives
get the latest from
Catholic
Sign up for our newsletter
POPULAR AT PATHEOS Catholic
1 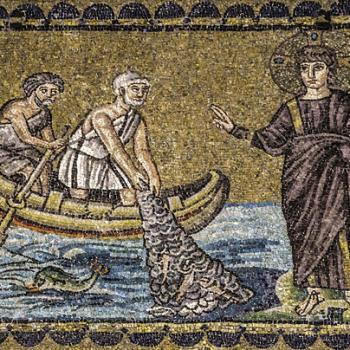 Catholic
How Jesus Is Revealed: Homily for May 5,...
The Deacon's Bench
TRENDING AT PATHEOS Catholic