Attorneys for Nicholas Sandmann filed a $275 million lawsuit Wednesday against NBCUniversal over its coverage of the Kentucky teen, accusing the network of creating a “false narrative” driven by its “anti-Trump agenda.”

The lawsuit, the third filed by the Sandmann attorneys against major media outlets, alleged that NBC targeted the Covington Catholic High School student in its reporting on his Jan. 18 encounter with Native American activist Nathan Phillips at the Lincoln Memorial. 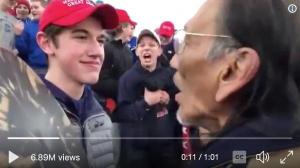 “NBCUniversal created a false narrative by portraying the ‘confrontation’ as a ‘hate crime’ committed by Nicholas,” said the complaint filed in U.S. District Court for the Eastern District of Kentucky.

The lawsuit alleged that the teen was “an easy target for NBCUniversal to advance its anti-Trump agenda because he was a 16-year-old white, Catholic student who had attended the Right to Life March that day and was wearing a MAGA cap at the time of the incident which he had purchased earlier in the day as a souvenir.”

Sandmann attorneys L. Lin Wood of Atlanta and Todd V. McMurtry of Fort Mitchell, Kentucky, have also sued the Washington Post for $250 million and CNN for $275 million over their coverage of the episode, and have indicated there may be more complaints.

The Post filed last month a motion to dismiss the lawsuit, arguing that the newspaper’s coverage of Nicholas was “not only accurate; it was ultimately favorable to him.”

NBCUniversal did not respond immediately Wednesday to a request for comment. 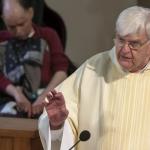 May 1, 2019
A Deacon Pioneer Retires 46 Years After Ordination
Next Post 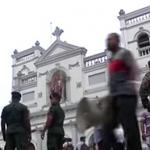 May 2, 2019 BREAKING: Sri Lanka Cancels Masses This Weekend Over 'Specific Threat'
Browse Our Archives
Follow Us!

This is a Prayer of Repentance for These...
Heavenly Father, we pray that You will forgive us our sins. We...
view all Catholic blogs
Copyright 2008-2020, Patheos. All rights reserved.