The target appears to have been the priest shown in this picture — who was murdered while trying to escape his attackers.

Six people were killed Sunday during mass at a Catholic church in central Burkina Faso, according to state media.

Gunmen on motorcycles stormed the church in Dablo on Sunday morning, killing six men, including the priest, identified as Father Simeon Yampa. The attackers then set fire to the church and other buildings in the area, the Burkina Information Agency reported.

In February, CNN reported that the US was considering sending additional military advisers as well as intelligence and surveillance assets, such as drones, to Burkina Faso, in order to help combat a growing terrorist threat.

The landlocked country in northwest Africa has been beset by extremist violence in recent months as Islamist terror groups expand their reach.

The number of violent incidents in the country linked to the local affiliates of al Qaeda and ISIS rose from 24 in 2017 to 136 in 2018, according to a report by the Africa Center for Strategic Studies.

The interim director of the Press Office of the Holy See, Alessandro Gisotti, has posted a tweet expressing the grief of Pope Francis. He said, “The Holy Father has learned with sorrow about the news of the attack on the church in Dablo, Burkina Faso. He prays for the victims, for their families and for the entire Christian community in the country.”

The attack took place in the small town of Dablo, about 200 kilometres north of the capital, Ouagadougou.

The faithful were leaving church around 9 a.m. when about 20 suspected jihadists on motorcycles encircled the church.

From reports by eyewitnesses, it appears that their target was the 34-year old Burkinabe priest, Father Simeon Yampa, in charge of interreligious dialogue in his diocese. When he tried to escape, the terrorists chased and killed him.

Returning to the church, they forced the faithful to lie on the ground, picked out five of them and shot them.

Dablo mayor, Ousmane Zongo, told Reuters the attackers then burned the church, looted a pharmacy and some other stores, and left.

No one has claimed responsibility but the attacks bore the hallmarks of Islamic extremists who are known to be active in the area.

For all victims of anti-Christian terror and violence, we pray to the Lord … 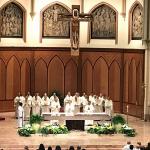 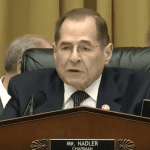