While two Illinois bishops are unified in their strong opposition to the state’s new abortion law, they differ on the question of prohibiting to receive Holy Communion the Catholic state legislators who led the effort for the bill’s passage.

“I think that our Catholic people are rightfully scandalized when they see Catholic politicians not only voting for, but actively promoting abortion rights, and they wonder, ‘Well how can you promote abortion rights and call yourself a Catholic in good standing?’”

“And the answer to that is ‘You can’t,’” Bishop Thomas Paprocki of Springfield, Ill. told CNA of his decision to prohibit from receiving Holy Communion in his diocese the two legislators who led in the effort to pass a law recognizing abortion as a “fundamental right” and explicitly denying independent rights to unborn children apart from the mother.

He added that “to be clear and say ‘no, you can’t be promoting abortion legislation and be a Catholic in good standing,’ it also protects the integrity of the sacraments, saying that receiving Holy Communion is a very sacred thing to do.”

And it goes even further than that, Cardinal Blase Cupich of Chicago told CNA.

“What’s pernicious about this law, and what’s so very difficult, is that it says that the unborn child has absolutely no claim on rights,” Cupich said.

Cupich, however, told CNA that he thought it would be “counterproductive” to deny Holy Communion in his archdiocese to the legislators who championed the law.

1. Cupich claims that “it would be counterproductive to impose sanctions”. This misrepresents a crucial point: withholding holy Communion under Canon 915 is not the application of canonical sanction but rather the observance of a sacramental disciplinary norm. Casting the operation of Canon 915 as a sanction (implying thereby proof of canonical crimes upon the observance of special penal procedures) is a straw-man frequently posed by prelates skirting the plain provisions of Eucharistic discipline.

2. Cupich claims that “sanctions [sic] … don’t change anybody’s minds”. This misrepresents the two-fold purpose of withholding holy Communion, namely to prevent the scandal to the faith community that arises from the administration of holy Communion to Catholics who obstinately persist in manifest grave sin (say, by their formally depriving innocent human beings of any protection under civil law) and to prevent sacrilege from being committed against the august Sacrament. ‘Changing people’s minds’ has nothing to do with either goal.

3. Cupich claims that, when confronted with prominent Catholics who formally and actively cooperate in depriving innocent human beings of their right to life, his “primary responsibility is to teach”. This misrepresents the fact that bishops have not one but three primary responsibilities, namely, to teach, to sanctify, and to govern the People of God (Canon 375, emphasis added). Preserving sacramental discipline in the Church entrusted to him is a crucial part of a bishop’s governing duty (Canon 392). A bishop cannot therefore point to his admittedly sound teaching in regard to the right to life as if that satisfies his duty of governing his Church in support of that teaching, any more than a father can excuse sitting by while members of his household act against the common good, by saying, “Well, I told them what was right and wrong.” 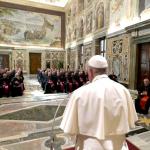 June 13, 2019
Deacons and Priests: the Pope Had Something to Say Today to All of Us
Next Post 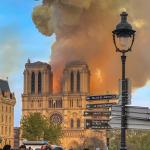 June 14, 2019 Cathedral 'In a Fragile State': Hard Hats and Concerns About Lead After Notre Dame Fire
Browse Our Archives
get the latest from
Catholic
Sign up for our newsletter
POPULAR AT PATHEOS Catholic
1