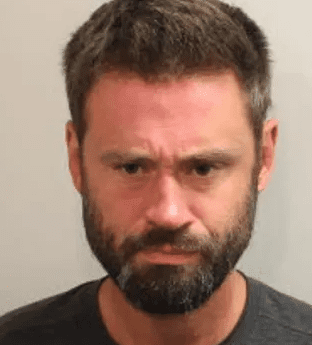 An arrest has been made in connection with this week’s fire at Co-Cathedral of St. Thomas More.

Chief Financial Officer and State Fire Marshal Jimmy Patronis announced Friday night 32-year-old Seth Z. Johnson was arrested and booked in the Leon County Detention Facility on charges of arson, a first-degree felony, which carries a maximum sentence of up to 30 years in prison.

Investigators matched fingerprints from evidence found at the scene of the Wednesday fire to Johnson. He was taken into custody by the Tallahassee Police department for questioning and the State Fire Marshal’s Bureau of Fire, Arson and Explosives investigators established probable cause for his arrest, according to a news release.

Court records show Johnson was arrested earlier this year on charges of trespassing and petty theft.

Stay tuned. So far, no motive has been mentioned. 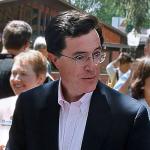 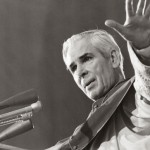 June 9, 2019 Fulton Sheen Will Be Going to Peoria
Browse Our Archives
Follow Us!

Bible on Reverent Posture for Worship & Communion
The following comments were taken from a Facebook thread; further below, I collect...
view all Catholic blogs
Copyright 2008-2020, Patheos. All rights reserved.