With Confession Under Attack, Pope Reaffirms Seal of the Confessional

In the light of “a worrying negative prejudice” against the Catholic Church, Pope Francis ordered the publication of a document affirming the absolute secrecy of everything said in confession and calling on priests to defend it at all costs, even at the cost of their lives.

The need for the absolute secrecy of confession “comes directly from revealed divine law and has its roots in the very nature of the sacrament to the point that no exception whatsoever can be admitted in the ecclesial sphere and even less in the civil one,” a new Vatican document said.

The “note of the Apostolic Penitentiary on the importance of the internal forum and the inviolability of the sacramental seal” was approved by Pope Francis June 21 and published by the Vatican July 1.

The note was signed by Cardinal Mauro Piacenza, head of the Apostolic Penitentiary, a Vatican court dealing with matters of conscience.

Some recent challenges to the secret of confession have come from states trying to react to the Catholic Church’s clerical sexual abuse crisis, the note acknowledged. The document did not mention any specific proposed legislation, such as that working its way through the California legislature or proposed in Australia in response to a government inquiry into the sex abuse crisis.

“The priest, in fact, comes to know of the sins of the penitent ‘non ut homo sed ut Deus’ — not as a man, but as God — to the point that he simply ‘does not know’ what was said in the confessional because he did not listen as a man, but precisely in the name of God,” the Vatican document said.

“A confessor’s defense of the sacramental seal, if necessary, even to the point of shedding blood,” the note said, “is not only an obligatory act of allegiance to the penitent but is much more: it is a necessary witness — a martyrdom — to the unique and universal saving power of Christ and his church.” 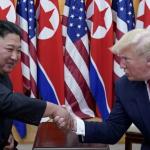 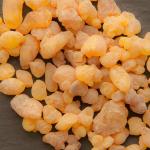 July 2, 2019 Get a Whiff of This: World's Supply of Frankincense Could Go Up in Smoke
Browse Our Archives
Follow Us!