“In these last few hours, we have seen in Korea a good example of the ‘culture of encounter’,” Pope Francis said after the recitation of the Angelus on Sunday.

The Holy Father was referring to the meeting that took place between North Korean leader Kim Jong-un and U.S. President Donald Trump earlier in the day. The encounter took place in the “DMZ”, the “demilitarized zone” between North and South Korea. After shaking hands, President Trump crossed briefly into North Korea, becoming the first sitting U.S. President to do so. The two leaders then had an hour-long conversation in a building known as “Freedom House,” on the South Korean side of the border. The President of South Korea, Moon Jae-in, also was present for a short period of time.

Pope Francis sent his greetings to the “protagonists” of the meeting, with the prayer “that such a significant gesture might constitute a further step along the path of peace, not only on that [Korean] peninsula, but for the whole world.” 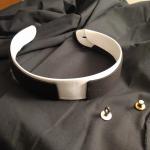 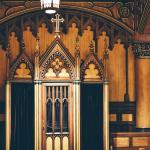 July 1, 2019 With Confession Under Attack, Pope Reaffirms Seal of the Confessional
Browse Our Archives
Related posts from The Deacon's Bench